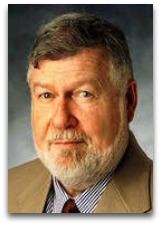 Overview
In 2008, Hughes, at California State University, Sacramento taught a course on political thermodynamics, entitled “Thermodynamic Interpretation of Politics”, as part of his government and world politics classes. [1] Hughes bases his political thermodynamics on the social Prigoginean thermodynamics work of Greek-born Belgian physicist Grégoire Nicolis and Belgian chemist Ilya Prigogine, about the latter of which he un-assumedly declares “invented the mathematics to explain life”. [2] In his class lecture overview handout “Modern Science, Twentieth Century Science, and Politics”, Hughes outlines parts of his thermodynamics teaching philosophy where he states, for instance, that:

“Living organism and their societies are heat engines open to their environment.”

Science-to-humanities | Table
Hughes, in his course, gives the following table, showing how he sees relativity, quantum mechanics, and thermodynamics to have relevance in the human philosophy and political sphere: [3]

In a footnote to his teaching abstract, Hughes notes that American engineer Willard Gibbs, primary founder of chemical thermodynamics, is “perhaps the greatest American scientist, ever.” Among other notes, in the vein of famous thermodynamics founders and suicide, Hughes states that a reading of chapter eighteen of Nicolis and Prigogine’s 1977 Self-Organization in Non-Equilibrium Systems, will help one get “through many a rough night avoiding the thoughts of suicide.” [1]

Education
Hughes completed his B.S. in mechanical engineering at the Massachusetts Institute of Technology (MIT school of thermodynamics); his M.A. in political science at Colgate University; and his Ph.D. in government at Claremont Graduate University. Hughes is currently an emeritus professor of government at at California State University, Sacramento.