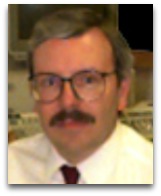 In hmolscinece, Richard D. Piccard (c.1947-) is an American physicist noted, in human thermodynamics education, for his course on entropy and human activity taught at Ohio University during the years 1998 to 2006, albeit one based on the skewed views of American economist Jeremy Rifkin and his Entropy: Into the Greenhouse World (1989). [1]

We apply this concept of entropy to human activity, critically examining works by advocates of solar and nuclear power, from the viewpoints of, and using the patterns of inquiry of, several disciplines (e.g., history, theology, economics, physics, politics, engineering, biology, chemistry, ethic [entropy ethics], and sociology). Using Rifkin’s 1989 book Entropy: Into the Greenhouse World, which sets forth the thesis that this concept of entropy has a much broader applicability, in such fields as social science, politics, health, etc., the course explores whether this broadening of application makes sense. The immediate goal for students is to try to get some understanding of what entropy means when the term is used in its home territory, physical science and engineering. On this basis, the problem immediately arises when applying entropy to society is that the basic definition of entropy is mathematical. As such, the course focuses on the philosophical aspects (i.e. philosophical thermodynamics) rather than the practical aspects of entropy; and avoids mathematics, for the most part.”

Required reading for the course consists predominately of American economist Jeremy Rifkin’s 1989 Entropy: Into the Greenhouse World, which advocates the 1971 material entropy hypothesis of Romanian mathematician Nicholas Georgescu-Roegen, in conjunction with a 20-page manuscript “Notes on Entropy and Human Activity” written by Piccard and his associate physicist Darrell Huwe, along with two-thirds of the content of American physicist Bernard Cohen’s 1990 book The Nuclear Energy Option. [4]

Difficulties on course
The general difficultly with the course, as taught, which attempts to argue that via the second law humanity is squandering natural fuel resources and that a switch to nuclear energy is advisable, is that its class notes and required reading texts were not written by individuals fundamentally trained in thermodynamics. Specifically, neither Jeremy Rifkin nor Nicholas Georgescu-Roegen have any education in thermodynamics, and most of the presentation on entropy and the second law is incorrect. The course, therefore, while giving a simple overall introduction to some of the related topics in entropy applied to human activity, e.g. arrow of time, is not based on anything fundamentally correct, but instead based on, dominantly, the fallacious material entropy hypothesis.

This mis-direction of teaching is not a fault of the teacher, but rather due to the fact that no uniform standard textbook on human thermodynamics yet exists, constructed from the Clausius (1865), Gibbs (1876), Lewis (1923) foundation, on the axiom that a system of active humans consists of a system of reactive human molecules attached to substrate driven via Carnot cycles of solar heat inputs.