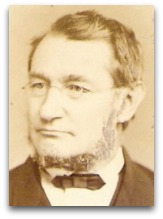 In thermodynamics, Julius Robert Mayer (1814-1878) (IQ:180|#152) was a German physician and physicist notable for making one of the first statements of the conservation of energy and the mechanical equivalent of heat, namely that "motion is converted into heat" (1841), in contrast to the caloric theory, and for making a crude calculation of the latter. [1] Mayer is generally given less credit in the etymologies of the first law thermodynamics, in contrast to English physicist James Joule and German physician and physicist Hermann Helmholtz, being that his mathematical and physics ability was lacking.

Overview
In 1840, Mayer hired on as a ship’s physician aboard a Dutch merchantman ship destined for a roundtrip to Java. On this voyage two curiosities came to interest him. First, he was told by the navigator that during a storm the ocean water becomes warmer. This meant, to Mayer, that the agitation, motion, or mechanical action of the waves had been converted into heat.

A second note, observed by Mayer, was that during his blood letting procedures he noticed that the venous blood, which is normally a blue colored type of blood being carried in vessels from the capillaries towards the heart, was redder in color than expected. In his journal, at the age of twenty-six, he noted: [2]

“A few days after our arrival at the Batavian roads [off Jakarta, capital of Indonesia] there spread in epidemic fashion an acute … affection of the lungs. In the copious bloodlettings I performed, the blood let from the vein in the arm had an uncommon redness, so that from the color I could believe I had struck

In short, while bleeding various sailors with fever in Java (a warmer place) he noticed that the color of the blood was much brighter than what he was used to seeing in Germany (a colder place). [9] This fact conflicted with his medical studies he had learned two years prior.

In any event, to explain the observed lighter or redder color he turned to the theory of animal heat of French chemist Antoine Lavoiser. In this theory, the body is warmed by combustion of carbon from food, with the incidental consequence of changing red arterial blood coming from the heart into the darker venous blood that carries the ashes back to the lungs in the form of carbon dioxide. Since less body heat is required in the tropics, Mayer argued, less combustion will take place, less ash will be produced, and the venous blood will retain the bright red color of fresh arterial blood. [2] These sets of facts, suggested to Mayer, that the chemical processes, occurring via combustion, produce both heat and work and that these must be interconvertable.

Supposedly, after returning to Germany and brushing up on physics Mayer went to German physicist Philipp Jolly for consultation, explaining to him his theory that heat is due to motion and that heat and work are equivalent concepts. Jolly, however, had great difficulty accepting this theory, and finally exclaimed: “but if that is true, then water should be warmed by merely shaking it.” Mayer left quietly, only to return several weeks later to Jolly’s room, exclaiming “and so it is”. [10] Jolly, to note, was the same guy who told a young student at the University of Munich, named Max Planck, not to go into physics, because “in this field, almost everything is already discovered, and all that remains is to fill a few unimportant holes.” [11]

On return from Java, Mayer quickly wrote out the 1841 paper “On the Quantitative and Qualitative Determination of Forces” in which he stated the postulate that “motion is converted into heat”, which he sent to sent German physicist Johann Poggendorff to be published in his Annalen der Physik and Chemie. [3] In his February 1841 article submission, Mayer stated: [13]

“If two bodies find themselves in a given difference, then they could remain in a state of rest after the annihilation of that difference if the forces that were communicated to them as a result of the leveling of that difference could cease to exist; but if they are assumed to be indestructible, then the still-persisting forces, as causes of changes in relationships, will again re-establish the originally present difference.”

Poggendorff, however, never published it nor acknowledged receipt. [4] One of the difficulties of Mayer's paper, according to Tom Shachtman, is that Mayer couched parts of his argument in philosophical language of Immanuel Kant, in which indestructible forces, such as heat and mechanical work, were discussed as being halfway between inert matter and soul. [13] This is though to have been the reason that Mayer was ignored, as were his three follow-up letters to the editor about it.

Not deterred, Mayer sought tutoring and help from his friend, German mathematics professor Carl Baur, who helped Mayer strengthen his paper mathematically, after which, in 1842, Mayer found publication in German chemist Justus Liebig’s Annals of Chemistry and Pharmacy, with a paper entitled "Remarks on the Forces of Inorganic Nature". [7] In this paper, he is said to have given the following value for the mechanical equivalent of heat:

“The warming of a given weight of water from 0˚C to 1˚C corresponds to the fall of an equal weight from the height of about 365 meters.”

In this now-famous paper, Mayer is said to have argued for the principle that has since become known as the law of conservation of energy; in which he introduced the concept of fall-force. [8]

In 1845, Mayer published a small brochure, a fee he paid himself, titled “Organic Movement in Connection with Metabolism”. [5] In this publication, Mayer equated heat with mechanical effect and stated that the gas or fluid “serves only as a tool for effecting the transformation of the one force into the other.” [13]

Mayer’s work, for the most part, however, was overlooked in favor of English physicist James Joule's (1843), and Mayer later attempted to commit suicide.

Boltzmann
In objection to the atomistic thermodynamic theories of Austrian physicist Ludwig Boltzmann, Mayer commented that Boltzmann’s work was “of a piece with the efforts of the alchemists.” [6]

Recognition
In 1851, Mayer self-published the brochure “Remarks on the Mechanical Equivalent of Heat”, and by the end of the decade, his contributions eventually began to be acknowledged. The first, it seems, to recognize Mayer’s work was German physicist Hermann Helmholtz who in 1854 lectured on Mayer’s work to a group of physicists, acknowledging him as the original promoter of the principle of energy conservation. Soon thereafter, Irish physicist John Tyndall and German physicist Rudolf Clausius repeated Mayer’s calculations, using the specific heat measurements of French chemist Henri Regnault, thus confirming agreement between the results of Mayer and those of English physicist James Joule.

Clausius commented years later that he never read Mayer's papers when first published because they did not contain the words heat or motion in the title. [13]

In 1862, Tyndall delivered a lecture at the Royal Institution on Mayer’s work and shortly thereafter Clausius wrote a letter to Mayer, praising his work and telling him of Tyndall’s lecture. [9] Tyndall also gave a sympathetic account of Mayer's work in his 1863 book Heat: A Mode of Motion. Mayer later received the Poncelet Prize (date) and the Copley medal (1871), for his work. [12] 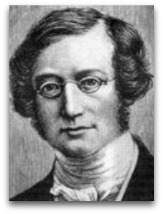 Education
In 1838, Mayer was in the process of finalizing his medical school exams. One of his professors was German chemist Justus Liebig who is said to have been an adherent of French chemist Antoine Lavoisier's 1785 combustion theory of animal heat and in this mindset taught this as the dominate paradigm to his students.

In his works, Liebig used a language of vital forces and drew on the metaphor of the furnace to describe the “metamorphosis” of nutrition and oxygen. [6] His student Mayer, influenced by these views, used the metaphor of combustion in his early publications on the mechanical equivalent of heat. [7] In particular, one question from his state medical exam in Stuttgart had been: “what influence does continued damp and warm weather exert on a person’s state of health?” Mayer’s answer, according to his records, was: “the blood becomes richer in carbon, darker, and the difference between red and black blood is less.”

Mayer, who during a period following his publications had a difficult time vindicating his theories, was one of the several founders of thermodynamics to have a connection to suicide. In particular, in 1850, distraught by a number of issues, including his lack of recognition, Mayer tried to end his life by jumping out of the third floor of a hospital. He latter spent several years (1851-1853) in a number of insane asylum.

In a noted 1858 lecture, German chemist Justus Liebig is said to have described Mayer as “the father of the greatest discovery of the century”, but also to have announced incorrectly that Mayer had died ignominiously in a mental asylum due to vilification; when Mayer heard of this and protested that such eulogies were premature, his complaints were ignored. [14]