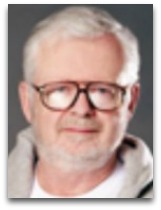 In hmolscience, Robert U. Ayres (c.1930-) is an American-born English mathematical physicist noted, in economic thermodynamics, for his 1970s to present his publications on applying the laws of thermodynamics in economic and ecological systems. [1]

Overview
In the 1960s, Ayres, under the direction of Allen Kneese, became convinced that economics systems are physical systems subject to the laws of thermodynamics; a learning experience about which he comments on in retrospect (2009) as follows: comments: [6]

“My learning experience during 1967 to 1968, at Resources for the Future (RFF), in particular a line of research initiated by Allen Kneese, led me to the view that economy is truly a physical system that converts raw materials into goods and services, subject to the laws of thermodynamics.”

In 1978, Ayres published Resources, Environment, and Economics: Applications of the Materials/Energy Balance Principle, wherein he began applying physical principles, e.g. thermodynamics, to economics; discussing topics such as negentropy (although he views negentropy as something "metaphysical") of physical materials, such as ore, outlines a theory of "negentropy depletion", and points out how the closed cyclic models of standard economics are inconsistent with the first law of thermodynamics. [5]

In the 1990s, Ayres began co-authoring articles on "eco-thermodynamics" based on exergy. [2]

Ayres prefers the term exergy over the entropy concept because the latter contains, in his own words, too much “mystical baggage”. [3] Ayres has been influenced significantly by the works of Romanian mathematician Nicholas Georgescu-Roegen; particularly his 1971 book The Entropy Law and the Economic Process. [4]

Ayres’ latest book is the 2009 The Economic Growth Engine written with Benjamin Warr in which they explore the fundamental relationship between thermodynamics and its definition of physical work, and economics, albeit using exergy as their primary analysis tool. [6]

In 2016, Ayres, in his Energy, Complexity and Wealth Maximization, devoted some 80+ pages to thermodynamics, in aims to explain wealth.