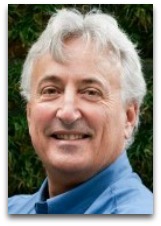 In existographies, Robert Costanza (1950-) (CR:9) is an American systems ecologist and economist noted, in ecological economics, for his late 1990s to present work in promoting an Odum-style economics.

Overview
In 1998, Costanza, a student of Howard T. Odum and his embodied energy ideas, founded the journal of Ecological Economics, and therein began promoting the usage of thermodynamic models, in a loose superficial way, in ecological economics.

Smith’s invisible hand | Human molecules
In 1999, Costanza, in summary of neoclassical economics, co-authored with Thomas Prugh, stated that the following bullet point view of the neoclassical economist is a questionable viewpoint to adhere to in the modern scheme of things: [1]

“The welfare of human society is best served by the view of people as ‘human molecules’ who, by pursuing their own interests through the market, inevitably promote the general good. There is little need to consider things from the ecological point of view and embrace the notions of interaction, interdependence, community, and the noneconomic relations people enjoy with each other and with the natural world.”

The original author of this quote is difficult to track down, but seems to be a 1995 publication by Thomas Prugh and others. [2] The etymological theme of the quote, however, seems to be a rewrite of Scottish political economist Adam Smith’s 1759 theory of the invisible hand:

“Led by an invisible hand to promote an end which was no part of his intention, by pursuing his own interest he frequently promotes that of the society more effectually than when he really intends to promote it. I have never known much good done by those who affected to trade for the public good. It is an affectation, indeed, not very common among merchants, and very few words need be employed in dissuading them from it.”

albeit rewritten with a person defined as a human molecule. The “invisible hand” model was later said to have been carried over into the social mechanics models of Leon Walras and Vilfredo Pareto, both of which employed human molecule models. An example of this was employed by Spanish economist Jose Sampedro in 1967 as follows: [4]

“Initiated by the physiocrats and was finally popularized in Adam Smith’s formula of the invisible hand … making it easy for each man to satisfy his own egoism. Once this idea had become generally accepted capitalism had defeated the attitudes that hindered its early advance. This implies the theoretical negation of the social structure in a radical way since the doctrine of capitalism conceived the economy as a cluster of human molecules related to each other on a purely economic basis.”

Possibly, Prugh and Costanza were attempting to summarize this pervading theme.

Education
Costanza competed his MS in architecture and urban and regional planning, followed by his PhD in 1979 in systems ecology under Howard T. Odum, with a minor in economics, all at the University of Florida.