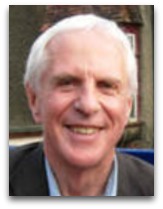 In existographies, Robert Fox (1938-) (CR:2) is an English physics historian noted for a number of publications dealing with early theories of heat and the history of thermodynamics. [1]

In 1997, Fox collaborated with Charles Gillispie, a noted noted Lazare Carnot biographer, on the book Pierre-Simon Laplace, 1749-1827: a Life in Exact Science, a book on the work of French physicist Pierre Laplace. [4]

Education
Fox, at the University of Oxford, completed his BA in in physics in 1961, his MA in 1965, and his PhD in 1967, under Alistair Crombie, with a thesis on “The Study of Thermal Properties of Gases in Relation to Physical Theory, from Montgolfier to Regnault”.

Fox was a faculty of on the Sciences of Administration of Laval University. He was a director of the Science Museum, London and a director of research at the Centre de Recherche en Historie des Sciences et des Techniques at the Cite des Sciences et de l’Industrie in Paris. He then taught at the University of Lancaster. In 1988, he became a professor of history of science at the University of Oxford; retiring from that position in 2006. [1] He has since been working on a social and cultural history of science and technology in France between 1814 and 1918, and on the history of physics in Oxford since 1850. [3]