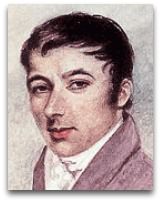 In existographies, Robert Owen (1771-1858) (FA:108) was a Welsh textile manufacturer and utopian socialism philosopher; noted for his two short-lived (short-existed) deism-based, irreligious, neo-Benthamite based societies he founded, one in New Lanark, Scotland, and second in New Harmony, Indiana.

Overview
In 1780, Owen, age 9, started working as a clerk and over the next five years, with the help of a sympathetic cloth merchant, to whom he was apprenticed, began to educate himself.

In 1758, Owen, age 14, influenced by Seneca, his acquaintance with John Dalton and Samuel Coleridge, was an unbeliever. [1]

Holyoake
In 1841, George Holyoake, together with radical bookseller Charles Southwell (1814-1860), dissented from the official policy of Owen, namely Owenism, i.e. the utopian socialism philosophy of Owen, his followers and successors, that lecturers should take a religious oath, to enable them to take collections on Sunday; founded the atheist publication Oracle of Reason, because of which he was soon imprisoned because of its content; Holyoake took over as editor, and was moved to an atheist position as a result of his experiences.

Quotes | Employed
The following are quotes employed by Owen:

“The worst of all things is defied error.”

Quotes | By
The following are quotes by Owen:

“Finding that no religion is based on facts and cannot therefore be true, I began to reflect what must be the condition of mankind trained from infancy to believe in errors.”

— Robert Owen (1829), Evidences of Christianity: a Debate Between Robert Owen and Alexander Campbell [1]

References
1. Robert Owen – FFRF.org.
2. (a) Owen, Robert. (1829). The Evidences of Christianity: A Debate Between Robert Owen, of New Lanark, Scotland, and Alexander Campbell, President of Bethany College, VA ; Containing an Examination of the Social System, and All the Systems of Skepticism of Ancient and Modern Times ; Held in the City of Cincinnati, Ohio, in April 1829. Publisher, 1852.
(b) Robert Owen – FFRF.org.