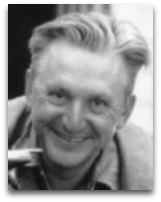 In existographies, Robert Pirsig (1928-2017) (IQ:165|#521) (CR:60) was an American writer-philosopher, and former child prodigy, noted for his 1991 book Lila: An Inquiry into Morals, wherein the character reflects on the likes of William Sidis, and digs into the questions of life, and morals, in the context of a person being a collection of atoms governed by physics and chemistry, in the context of the second law of thermodynamics.

Physics of culture
Pirsig, in commentary on the physical anthropologist Franz Boas, has the following to say: [1]

Following this, he interjects:

“What is a cultural value? How are you going to show scientifically that a certain culture has certain values? You can’t. Science has no values. Not officially.”

To quote a representative except, wherein he addresses the issues with Darwin’s theory of evolution, namely that humans are chemicals and chemical don’t struggle to survive, as Darwin’s theory would have it: [1]

“This is the sort of irrelevant-sounding question that seems minor at first, and the mind looks for a quick answer to dismiss it. It sounds like one of those hostile, ignorant questions some fundamentalist preacher might think up. But why do the fittest survive? Why does any life survive? It's illogical. It's self-contradictory that life should survive. If life is strictly a result of the physical and chemical forces of nature then why is life opposed to these same forces in its struggle to survive? Either life is with physical nature [natural] or it's against it. If it's with nature there's nothing to survive. If it's against physical nature [unnatural] then there must be something apart from the physical and chemical forces of nature that is motivating it to be against physical nature. The second law of thermodynamics states that all energy systems ‘run down’ like a clock and never rewind themselves. But life not only ‘runs up,’ converting low energy sea-water, sunlight and air into high-energy chemicals, it keeps multiplying itself into more and better clocks that keep "running up" faster and faster.

Why, for example, should a group of simple, stable compounds of carbon (C), hydrogen (H), oxygen (O), and nitrogen (N), 'struggle' for billions of years to organize themselves into a professor of chemistry? What's the motive?

The question is: Then why does nature reverse this process? What on earth causes the inorganic compounds to go the other way? It isn't sun's energy. We just saw what the sun's energy did. It has to something else. What is it?”

Education
Pirsig was precocious child, cited with an IQ of 170 at age 9. In 1943, at age 15, after finishing high school, Pirsig entered the University of Minnesota at age to study biochemistry, interested in science as a goal in itself, rather than a way to establish a career. Troubled with the issue of multiple hypotheses in science, Pirsig soon left college. To quote a summary of this: (Ѻ)

“While doing laboratory work in biochemistry, Pirsig became greatly troubled by the existence of more than one workable hypothesis to explain a given phenomenon, and, indeed, that the number of hypotheses appeared unlimited. He could not find any way to reduce the number of hypotheses—he became perplexed by the role and source of hypothesis generation within scientific practice. This led to his determination of a previously unarticulated limitation of science, which was something of a revelation to him. The question distracted him to the extent that he lost interest in his studies and failed to maintain good grades; and finally, he was expelled from the university.”

Quotes | Cited
The following are notable quotes cited by Pirsig in Lila:

“Mankind is driven forward by dim apprehensions of things to obscure for his existing language.”

“Why is man apt to feel bad in a good environment, say suburban Short Hills, New Jersey, on an ordinary Wednesday afternoon? Why is the same man apt to feel good in a very bad environment, say in an old hotel in Key Largo, in a hurricane? Why is it that a man riding a good commuter train from Larchmont to New York, whose needs and drives are satisfied, who has a good home, loving wife and family, good job, and enjoys unprecedented ‘cultural and recreational facilities’ often feels bad without knowing why?”

Quotes | Lila
In 1991, fifteen years after writing Zen and the Art of Motorcycle Maintenance, Pirsig finished his followup book Lila: an Inquiry into Morals, the result of some type of card cataloging systematic documenting of mental notes and ideas into different categories; some noted quotes are listed below:

“Sanity is not truth. Sanity is conformity to what is socially expected. Truth is sometimes in conformity, sometimes not.”

Quotes | Zen
In 1974, Pirsig published his Zen and the Art of Motorcycle Maintenance; the following are notable quotes: [2]

“It's paradoxical that where people are the most closely crowded, in the big coastal cities in the East and West, the loneliness is the greatest. Back where people were so spread out in western Oregon and Idaho and Montana and the Dakotas you'd think the loneliness would have been greater, but we didn't see it so much. The explanation, I suppose, is that the physical distance between people has nothing to do with loneliness. It's psychic distance, and in Montana and Idaho the physical distances are big but the psychic distances between people are small, and here it's reversed.”

“When you look directly at an insane man all you see is a reflection of your own knowledge that he's insane, which is not to see him at all. To see him you must see what he saw and when you are trying to see the vision of an insane man, an oblique route is the only way to come at it.”

“People arrive at a factory and perform a totally meaningless task from eight to ﬁve without question because the structure demands that it be that way. There’s no villain, no ‘mean guy’ who wants them to live meaningless lives, it’s just that the structure, the system demands it and no one is willing to take on the formidable task of changing the structure just because it is meaningless. But to tear down a factory or to revolt against a government or to avoid repair of a motorcycle because it is a system is to attack effects rather than causes; and as long as the attack is upon effects only, no change is possible. The true system, the real system, is our present construction of systematic thought itself, rationality itself, and if a factory is torn down but the rationality which produced it is left standing, then that rationality will simply produce another factory. If a revolution destroys a systematic government, but the systematic patterns of thought that produced that government are left intact, then those patterns will repeat themselves in the succeeding government. There’s so much talk about the system. And so little understanding.”

“I think present-day reason is an analogue of the flat earth of the medieval period. If you go too far beyond it you're presumed to fall off, into insanity. And people are very much afraid of that. I think this fear of insanity is comparable to the fear people once had of falling off the edge of the world. Or the fear of heretics. There's a very close analogue there.”

Quotes | By
The following are other quotes by Pirsig:

“It is a puzzling thing. The truth knocks on the door and you say, "Go away, I'm looking for the truth," and so it goes away. Puzzling.”

“I once told Korean laborers, while teaching them English, that ‘26 letters allows us to describe the whole universe’. And they just said ‘no’. That was what started me thinking. In the east the basis of experience is not definable. That ... led me on the road to Zen.”