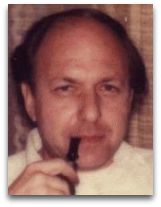 In existographies, Robert Rosen (1934-1998) (CR:8) was an American anti-reductionist theoretical biologist noted for his 1991 publication Life Itself, in which he attempted to answer Austrian physicist Erwin Schrodinger’s famous 1943 attempt to explain ‘what is life?’ in the language of physics and chemistry.

Overview
Rosen thematically might well be described as a mixture of Ilya Prigogine, Ludwig Bertalanffy, Stuart Kauffman, mixed in with complexity theory.

Rosen’s research efforts tended to be focused on one question: ‘Why are living things alive?’ As a theoretical biologist, Robert Rosen saw this as the most fundamental of all questions-and yet it had never been answered satisfactorily by science. In Rosen’s view, the answers to this question would allow humanity to make an enormous leap forward in our understanding of the principles at work in our world.

As a historian of science, Rosen was aware that for centuries it was believed that the only scientific approach to the question "What is life?" must proceed from the Cartesian metaphor (organism as machine). Anson Rabinbach’s 1990 book The Human Motor, to note, is a good overview introduction to this subject.

Classical approaches in science, which also borrow heavily from Newtonian mechanics, are based on a process called "reductionism." The thinking was that we can better learn about an intricate, complicated system (like an organism) if we take it apart, study the components, and then reconstruct the system-thereby gaining an understanding of the whole. However, Rosen argues that reductionism does not work in biology and ignores the complexity of organisms.

In this light, Rosen noted the obvious fact that the question of what makes an organism alive remains an unanswered question in conventional biology, chemistry, and physics, under which the former two topics are thought to be subsumed. On this premise, Rosen viewed the Newtonianparadigm of physics—the world of mechanisms—as inadequate to describe biological systems, and sought an alternative explanation. The theme of Rosen’s book is said to be an expansion of the ideas on “relational biology” that had begun to ferment during his graduate studies in Russian born American theoretical biologist Nicolas Rashevsky’s mathematical biophysics program. [3]

Difficulties on theory
A large and salient difficulty on theory in the Rosen’s argument is that he seems to be of the view that mechanics outranks thermodynamics. He states this as follows:

Rosen, supposedly, expands on this idea in chapter four (The Concept of State) of his book. In any event, this last statement is completely backwards: thermodynamics is not only the more universal theory—it is the theory that governs the known universe, as science currently sees things. This was stated in 1865 by German physicist Rudolf Clausius. The logic that thermodynamics is the most universal theory in science is known famously as the Einstein postulate, a reflectionary statement made by German-born American physicist Albert Einstein in circa 1940:

"A theory is the more impressive the greater the simplicity of its premises, the more different kinds of things it relates, and the more extended its area of applicability. Therefore the deep impression that classical thermodynamics made upon me. It is the only physical theory of universal content which I am convinced will never be overthrown, within the framework of applicability of its basic concepts."

Quotes | By
The following are quotes by Rosen:

“I have never found entropy, information, negentropy and the like to be useful concepts in characterizing organization.”