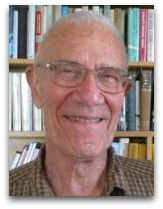 In hmolscience, Robert Solow (1924-) is an American economist noted for []

Overview
In 1956, Solow developed a model of economic growth, aka “Solow model” (Ѻ), as cited by Jurgen Mimkes (2016), according to which income is a function of capital and labor.

In 1985, Solow, in his “Economic History and Economics”, as cited by Philip Mirowki, staged his opinion that only the best economists do social physics; his quote on this is as follows: [1]

“My impression is that the best and brightest of the profession proceed as if economics is the physics of society… If the project of turning economics into a hard science could succeed, then it would surely be worth doing.”

On the blocking of Paul Samuelson by Harold Burbank from getting a post at Harvard, as discussed in the Harvard Pareto circle, Solow commented: “You could be disqualified for a job if you were either smart or Jewish or Keynesian. So what chance did this smart, Jewish Keynesian have?” [3]

Quotes
The following are other relevant quotes: