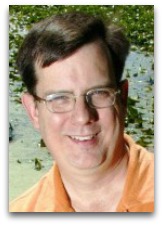 Overview
In 2000, Sterner, together with with American limnologist James Elser, calculated a 22-element formula for one human conceptualized as an "abstract molecule".

In 2002, Sterner and Elser published Ecological Stoichiometry: the Biology of Elements from Molecules to the Biosphere, in which they calculate a 22-element empirical molecular formula for a human molecule:

They conclude “this formula combines all compounds in a human being into a single abstract ‘molecule’”. They continues, “our main purpose in introducing this formula for the ‘human molecule’ is to stimulate you to begin to think about how every human being represents the coming together of atoms in proportions that are, if not constant, at least bounded and obeying some rules”.

They state that ecological stoichiometry is about “how chemical elements come together to form evolved, living species in ecosystems.” The abstraction followed in this science, according to Sterner and Elser, is that “organisms can be thought of as complex evolved chemical substances that interact with each other and the abiotic world in a way that resembles a complex, composite, chemical reaction” and that “ecological interactions invariably involve chemical rearrangements”. In summary, they state that “like any other normal chemical rearrangement at the surface of the Earth, when organisms interact, mass must be conserved and elements are neither created nor destroyed.” Moreover, “there is stoichiometry in ecology, just as there is in organic synthesis in a test tube”.