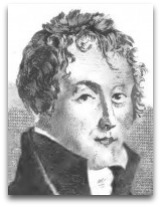 Overview
In c.1827, Taylor set up a Christian Evidence Society, during which time he lectured in London pubs dressed in elaborate vestments, attacking the Anglican liturgy and the barbarities of the establishment for what he called its ‘pagan creed’.

In 1828, Taylor, then aged 44, was sentenced to a year in prison (Oakham Gaol), for offense against the faith "by law established".

That year, in his cell, he wrote The Diegesis: a Discovery of the Origin, Evidences, and Early History of Christianity, wherein he attacked Christianity on the basis of comparative mythology and attempting to expound it as a scheme of solar myths.

On 21 May 1829, following his release, Taylor, in cohorts with English freedom of the press promoter Richard Carlile — a previous deist who declared (Ѻ) himself an atheist in 1821, noted as the publisher of Thomas Paine's writings — arrived in Cambridge, where the rented a room for two weeks above a print shop, which they called their ‘Infidel Headquarters’, whereat they printed and sent out the following circular to the leading clergyman of the area:

“Robert Taylor and Richard Carlile present their compliments as ‘infidel missionaries’, to and most respectfully and earnestly invite discussion on the merits of the Christian religion, which they argumentatively challenge, in the confidence of their competence to prove, that such a person as Jesus Christ, alleged to have been of Nazareth, never existed; and that the Christian religion has no such origin as has been pretended; neither is it in any way beneficial to mankind; but that it is nothing more than an emanation from the ancient Pagan religion. The researches of the Rev. Robert Taylor, on the subject, are embodied in his newly published work, The Diegesis, in which may be found the routine of their argument. They also impugn the honesty of a continued preaching, while discussion is challenged on the whole of the merits of the Christian religion.”

This resulted in a fiasco, of sorts (Ѻ), the news of which spread through the entire student body of Cambridge, including the newly being imprinted mind of Charles Darwin, then in his second year of college.

In 1830-33, Taylor discussed the connections between Sarah, Sirius (Dog Star), and the start of the annual flooding of the Nile. [2]

“To have been goddess-born, heaven-descended; to have ‘lived and died as none could live and die’, to have been believed to have done and suffered great things for the service of mankind, but above all, to have propitiated the wrath of the ‘superior deity’, and to have conquered the invisible authors of mischief; in their behalf; was such an overwhelming draft on the tender feelings, the excitement of which is one of the strongest sources of pleasure in our nature, that the best hearts and the weakest heads never gave place to the coolness and apathy of skepticism. Not a doubt was entertained that a similar series of adventures was proof of one and the same hero, and that the Grecian Apollo, the Phoenician Adonis, the AEsculapius of Athens, the Osiris of Egypt, the Christ of India, were but various names of the self-same deity; so that nothing was so easy at any time, as the business of conversion. Not incredulity, but credulity, is the characteristic propensity of mankind.”

“Cicero mentions four of this name. Pausanias and Herodotus, rank Apollo among the Egyptian deities. Diodorus Siculus expressly states, that Isis, after having invented the practice of medicine, taught this art to her son Orus [Horus], named also Apollo, who was the last of the gods that reigned in Egypt. It is easy to trace almost all the Grecian fables and mythologies from Egypt. If the Apollo of the Greeks, was said to be the son of Jupiter, it was because Orus [Horus], the Apollo of the Egyptians, had Osiris for his father, whom the Greeks confounded with Jupiter.

If the Greek Apollo were reckoned the god of eloquence, music, medicine, and poetry, the reason was, that Osiris, who was the symbol of the sun among the Egyptians, as well as his son Orus [Horus], had there taught those liberal arts. If the Greek Apollo were the god and conductor of the muses, it was because Osiris carried with him in his expedition to the Indies, singing women and musicians. This parallel might be carried still further, but enough has been said to prove that the true Apollo was probably of Egypt.

Plutarch, however, has decisively shown, that the Egyptians worshipped the sun under the name of Osiris; and as Osiris was believed to have travelled into India, and there established civilization and religion, we see at once enough to account for the same god coming to be worshiped in India under a designation in the language of that country expressive of the same sense as Chrishna, that is, the sun. Many have doubted whether Apollo were a real personage, or only the great luminary. Vossius has taken pains to prove this god to be only an ideal being, and that there never was any Apollo but the sun. All the ceremonies performed to his honor, had a manifest relation to the great source of light which he represented ; whence, this learned writer concludes it to be in vain to seek for any other divinity than the sun, adored under the name Apollo.”

“The Egyptian Bacchus was brought up at Nysa, and is famous as having been the conqueror of India. In Egypt he was called Osiris, in India Dionysus, and not improbably Chrishna, as he was called Adoneus, which signifies the ‘lord of heaven’, or the ‘lord and giver of light’, in Arabia; and Liber, throughout the Roman dominions, from whence is derived our term liberal, for every thing that is generous, frank, and amiable.”

“Though the god Serapis stood in so immediate a relation to the Nile, his worship was by no means confined to Egypt; he was worshipped not only in Egypt and in Greece, but also at Rome, and sometimes considered as one and the same as Jupiter Ammon, sometimes as identical with Pluto, Bacchus, Aesculapius, Osiris, and Jesus Christ. It is certain, however, that his most magnificent temple was at Alexandria in Egypt, whence all our most distinguished Christian fathers and writers derived their education; that the bishops of Serapis, as they alone were justly entitled to be called bishops of Alexandria, while Alexandria was a Pagan city, yet called themselves bishops of Christ; and though Christianity can in no reasonable sense be said to have been established in Alexandria while the temple of Serapis remained—and Tillemont admits that the very first Christian church that was ever built, of which history gives us any certain and express information, was founded by Gregory the wonder-worker, 244AD, or after that time,—yet have we an uninterrupted succession of bishops of Alexandria from the evangelist Mark, who we are required to believe was the first of them, downwards. The Jews, it seems, took Serapis to be identical with the patriarch Joseph the son of Sarah.”

In the following, via Constantin Volney (1771), we see Taylor connect Osiris to Bacchus to "Yes" to Yesus to Jesus:

“Volney has shown that Yes was one of the names of Bacchus, which, with the Latin termination, is nothing else than Yesus, or Jesus.”

Education | About
The following, from the Oxford Dictionary of National Biography (Ѻ), is the entry of Taylor:

Taylor, Robert | Born: Aug. 18, 1784.
Adm. sizar at ST JOHN'S, Nov. 14, 1808.
Of Middlesex . [6th s. of John, ironmonger, of London (and Elizabeth).
School, Edmonton; trained at Guy's and St Thomas' Hospitals; M.R.C.S. 1807.] Matric. Michs. 1809; B.A. 1813.
Ordained deacon (Chester) Mar. 14, 1813; priest (Chichester) Oct. 28, 1813; C. of Midhurst and P.C. of Easebourne, Sussex , 1813-18.
Clergy of Edmonton, Tottenham and Newington, but, on account of his unorthodox views, found it difficult to obtain preferment.
Clergy of Yardley, Birmingham, whence he was dismissed for an article in defense of suicide.
Fled to Dublin where he was assistant master in a school until dismissed.
Made a series of attacks on the Church under the title of The Clerical Review, and gave Sunday morning lectures until rioting put a stop to them.
Preached at the Rolls Rooms, Chancery Lane, at Founder's Hall, Lothbury, and at Dr Collier's Chapel in Cannon Street, which he called the Areopagus.
Tried in London , for preaching blasphemy, and sentenced to a year's imprisonment, 1828.
On his release, started on a four months' lecture tour, beginning at Cambridge, where he fastened a thesis to the door of the Divinity Schools.
Again tried for preaching blasphemy, and sentenced to two years imprisonment, 1831.
Known as the 'Devil's Chaplain.' Married an elderly lady of means, but was sued for breach of promise by Miss Georgiana Richards, Housekeeper to the Rotunda in Blackfriars Road; to avoid paying £250 damages to this lady, he moved to France and practiced as a surgeon at Tours.
Author: The Holy Liturgy: Divine Service on the Principles of Pure Deism; The Trial...upon a Charge of Blasphemy; Swing; or who are the Incendiaries? A Tragedy; The Devil's Pulpit, etc. | Died: in Sept. 1844 at Tours.

In 1805, Taylor, in short, was a medical student, walking Guy's and St. Thomas's hospitals in London under Sir Astley Paston Cooper and Henry Cline, and in 1807 was admitted a member of the College of Surgeons. In 1813, Taylor completed a BA in theological studies at Cambridge, that year becoming an ordained deacon. In 1818, Taylor abandoned orthodox Christianity for, progressively, deism-based, Christianity as mythology focused, radical evangelism.

Quotes | On
The following are quotes on Taylor:

“When Robert Taylor began preaching Bible mythicism – the view that significant biblical figures are mythical, not historical – from his popular pulpit during the 1820s, he was subjected to a sustained campaign of abuse that lasted for many years. He was convicted twice for “blasphemy” and imprisoned in a Dickens-style hellhole for three years. Unrepentant, Taylor wrote some of the best mythicist literature while in prison: The Syntagma, Diegesis and Devil’s Chaplain.”

Quotes | By
The following are noted quotes by Taylor

“Thou hast in this pamphlet all the sufficient evidence, that can be adduced for any piece of history a thousand years old, or to prove an error of a thousand years standing, that such a person as Jesus Christ never existed; but that the earliest Christians meant the words to be nothing more than a personification of the principle of reason, of goodness, or that principle, be it what it may, which may most benefit mankind in the passage through life.”

— Robert Taylor (1828), Syntagma of the Evidences of the Christian Religion [3]

“Bind it about thy neck, write it upon the tablet of thy heart: ‘everything of Christianity is of Egyptian origin’.”

Further reading
● Taylor, Robert. (1882). The Devils’ Pulpit: Twenty-Three Astronomico-Theological Discourses, With a Sketch of His Life (Volumes One and Two). Freethought Publishing Co.