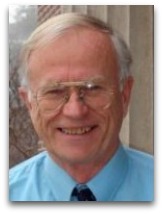 In hmolscience, Robert Ulanowicz (1943-) (DN=2-3) is an American chemical engineer turned ecologist noted, in ecological thermodynamics, for his 1979 thermodynamics stylized energy and entropy models of organisms in aquatic ecosystems, and for his 2009 to present attempt to sell an ecological ascendancy stylized ontic opening emergent deism, a type of religion plus science patchwork.

Overview
In 1979, Ulanowicz was inspired to switch careers, from chemical engineering to ecology, and to begin to study theoretical ecology during a reading of American zoologist Eugene Odum’s Fundamentals of Ecology (1959 second edition), the world’s first ecology textbook and the first to incorporate the laws of thermodynamics into the study of ecosystems. [2] Sometime, during this period, Ulanowicz states that he had a “Faustian moment” in which he made a pact with the devil, so-to-speak, to understand how the energy and matter interactions of the total set of organisms in Chesapeake Bay function. [4]

In the late 1970s, Ulanowicz began to apply thermodynamics to the study and modeling of ecosystems, in terms of cycles, flows, growth, the principle of maximum work, among others. Ulanowicz's works have appeared in the field of ecodynamics and ecological engineering.

In 2007, Ulanowicz was the recipient of the Prigogine medal. [1] Ulanowicz is an associate of American ecologist Eric Schneider.

Ulanowicz recalls when, several decades back,

On the subject of the difference between the living and the dead or living matter and dead matter, Ulanowicz seems to be of the mindset of philosophers such as Christian de Quincey, namely being generally against reductionism and or materialism. In his recent 2010 Zygon article "From Pessimism to Hope: a Natural Progression", section entitled “Living Dead”, Ulanowicz states: [7]

“With the ascendance of the Newtonian world view, the pendulum swing radically in the opposite direction. Virtually all the universe was now considered to consist of dead, quiescent matter that moves according to deterministic and inexorable laws, which by their simple natures appear to leave no room for the irreversible, asymmetric, and contingent phenomena associated with living systems. As a result, one of the most pressing scientific and philosophical questions of today has become the emergence of life: How could life possibly have arisen out of such a dead universe?”

Ulanowicz seems to think that his version of “process ecology” is the answer. In the same article, Ulanowicz also cites Italian thermodynamics professor Enzo Tiezzi who in 2006 commented his speculations on the difference between a running dear and a dead dear, in terms of molecular configurations, in regards to a deer he had recently killed during a hunt.

Religious views
In religious thermodynamics, Ulanowicz has recently contributed several papers to journals dealing with the exchange between science and religion. These papers deal with how ecology provides a metaphysical foundation for science that both helps science to interpret life in a more rational way and mitigates the conflicts that had existed between science and faith.

His latest book, the 2009 A Third Window: Natural Life beyond Newton and Darwin, includes a foreword by Stuart Kauffman, and is published by the highly-funded religion-promoting John Templeton Foundation. Ulanowicz is said to declare himself as a theist (like Newton): he believes in God and his possibilities to intervene in what happens on earth. The clue to this, according to Ulanowicz, is the ontic openess of nature. "Examples include Gödel's incompleteness theorem, Heisenberg's uncertainty principle, the Pauli exclusion principle, and Elsasser's unique events." He also finds some kind of solution to the problem of theodicy or the problem of evil. Disturbances are essential if systems are to develop. But they can involve both suffering and evil. Without a certain tolerance for this mankind cannot advance. Without mistakes there is no creativity. [6]

What is missing in this presentation, however, according to Swedish literary critic Erland Lagerroth, a large exposition of the form of existence, common to life and non-life, which Gregory Bateson divined, Ilya Prigogine discovered and Erich Jantsch developed further: "dissipative structures" or self-organizing systems. This want depends upon the author through his window focusing only life, not the processes and systems of non-life. [6]