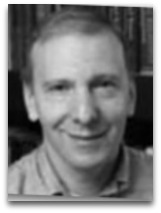 In black hole thermodynamics, Robert M. Wald (1947-) is an American physicist noted for his 1994 Quantum Field Theory in Curved Spacetime and Black Hole Thermodynamics, a subject he is considered as one of the world’s leading experts. [1] The book is a result of 1992 lectures delivered to the Les Houches School on Gravitation and Quantization. [2]