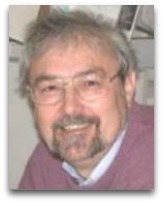 In human physics, Robin Dunbar (1947-) (CR=28) is an English anthropologist notable for being the eponym of the Dunbar number, which is 150, a number Dunbar discovered (or proposed) in 1992, arrived at through study of different social groups, such as the Hutterites, Quakers (Mennonites or Amish), military units, the Gortex company, etc. the said-to-be maximum number at which a social group can maintain stability via solely peer or interpersonal contract, i.e. without overarching rules or law. [1]

Education
Dunbar studied under Nico Tinbergen at Magdalen College, Oxford, completing a BA in psychology and philosophy in 1969; after which he completed a PhD in psychology in 1973 at the University of Bristol. Currently, Dunbar is head of the Institute of Cognitive and Evolutionary Anthropology, Oxford.

“It's perhaps not so much how your amygdala is tuned that makes you politically extreme, but that your intrinsic nervousness makes you more responsive to things that might seem to threaten your particular social world. Education probably plays an important role in dampening that response by allowing the brain's frontal lobes (where much of the brain's conscious work goes on) to counteract the emotional responses with a more considered view, so explaining why education is invariably the friend of liberal politics.”