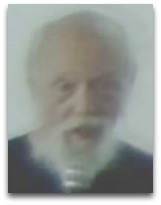 Overview
In circa 1980, Swenson introduced a thermodynamically grounded theory of general evolution and self-organization.

In 1988, Swenson postulated and argued for a ‘law of maximum entropy production’, which he defined as: [1]

“A system will select the path or assemblage of paths out of available paths that minimizes the potential or maximizes the entropy at the fastest rate given the constraints.”

In his various publications, Swenson argued that to understand the ubiquity of spontaneous ordering that characterizes the visible world of which biological evolution is a part there had to be a “physical selection principle” to account for it [2]. The selection principle he argued was the rate of entropy production or the rate at which non-equilibrium distributions of energy (“potentials”) are minimized. Because potentials according to the law of maximum entropy production are minimized at the fastest rate given the constraints and because the production of dynamic order increases the rate, the world he argued can be expected to produce as much order as it can opportunistically, whenever it gets the chance [3]. To the extent that this law underpins planetary evolution, it has implications for culture theory, macroeconomics, and human globalization. In Swenson’s view, the universe is thus pocked by local regions of intense ordering, including life, because it is through ordered, dissipative systems that the rate of entropy production in the universe is maximized. [4]

Thermodynamic evolution philosophy
Swenson, in a 2012 interview, stated that he was of the “becoming” philosopher of the Heraclitus “never step in the same river twice” motto over that of a “being” philosopher of the Parmenides school. Swenson goes on to state that around 1977 he began to have a vivid clearness about the following deficiencies orthodox Darwinian theory: [10]

“But now this started to keep me up at night. This, which seemed to me some kind of deeper reality than we are normally taught about, or certainly that finds its way into colloquial or popular discourse, became a pre-occupation for me. Modern science, descending from Cartesian metaphysics, has been built almost entirely on, or reduced to, what Aristotle called “efficient," or proximate cause, and what we’re talking about here, to use terms now more widely known, “self-organizing," “spontaneously ordering," or more technically “autocatakinetic” (ACK) systems are not reducible to efficient cause. Since autocatakinesis is found from non-living through cultural systems where natural selection as an explanatory framework does not work it became clear to me that natural selection was insufficient as an explanatory first principle for a general theory of evolution.”

He the compares a human to a tornado:

“All these systems are flow structures that pull resources into themselves in their own self-production through the coordinated motion of their components with a set of empirically traceable circular relations. They are all self-organizing or ACK systems. The circularly causal relations that constitutes them exist through the dissipation of environmental potentials (or energy gradients) where output feeds back on input to amplify growth from the initial instabilities where they originate. The macrostructure (what we call the “thing”) at one level is constituted by the flux of the lower level components. Dust devils, and tornadoes are non-living examples which make this easy to visualize where can see literally as they come into being that the origin, evolution (or development) of ACK systems, the transformation of some previously less ordered or incoherent set of components into a dynamically ordered or coherent set is inherently a process of selection.”

He then explains his path selection theory, or what he believes is a fourth law of thermodynamics, as follows:

“In short, the second law says potentials are minimized (entropy maximized) in all natural processes but says nothing about rates or path selection. LMEP (or fourth law of thermodynamics) to the contrary answers the crucial question “which path out of available paths will a system take” to minimize the potential or get to equilibrium. It says: “A system will select the path or assembly of paths out of available paths that minimizes the potential (or maximizes the entropy) at the fastest rate given the constraints”.”

This last paragraph seems to be a reasonable first-draft, autocatalysis self-organization ontic opening digressions aside, although the correct "thermodynamic potential" for humans is free energy.

Education
Originally trained as an artist, Swenson studied at the Arts Student League and Brooklyn Museum, got a BFA from the University of Denver in 1967, and an MFA at Yale in 1969 where he had traded painting for conceptual art. In 1971, he founded The Good Shepherd Cereal Company with his brother to produce what New York Magazine called the “patriarch” of granolas and credited with the commercialization of granola. [5] One of the first to bring natural foods to supermarkets, the company was sold to Sovex Foods in 1973, and in 1974 Swenson was commissioned to set up and run a natural foods restaurant at America’s largest naturist resort. His guide to naturist resorts was published by Popular Library in 1975, and in 1976 went on to produce an experimental theatrical repertory review in New York dealing with political satire and sexual taboos. During this same time he became involved in the underground New York rock scene where produced videos and shows of the then mostly unknown Patti Smith, Ramones, Dead Boys, Blondie and others, and in 1977 he created the punk-metal band the Plasmatics with and around Wendy O.Williams, the controversial singer and band giving its first performance at CBGB in 1978 and touring and recording for the next ten years thereafter. [6][7]

It was during this time he began to focus in earnest what he saw as the discrepancies between biology and physics particularly as relating to evolutionary and culture theory and became focused on spontaneous order production or self-organization. By 1988 he had “proposed and elaborated the law of maximum entropy production as the missing piece of the physical or universal law that would account for the ubiquitous and opportunistic transformation from disordered, or less ordered, to more highly ordered states,” [8] and in 1991 he and Michael Turvey explicitly connected this thermodynamic account to J. J. Gibson's law-based account of information to build on Swenson’s view of evolution as an epistemic process and argue that the evolution of cognition, intelligence, and knowing follow directly and opportunistically from universal or physical law [9]. From that time until the present Swenson’s work has continued in the elaboration of these principles addressing more specifically the issues of human ecology, the emergence of meaning, and intentionality. Swenson is currently a Fellow at the Center for the Ecological Study of Perception and Action (CESPA), University of Connecticut, Storrs, Connectcut, a center founded in 1987.