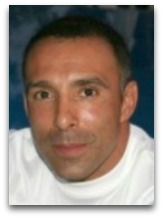 Overview
In 2009, Solare, in his blog “The Atomic-Molecular Foundations of a Social Physics: Self-organizing Systems from Atoms to Humans”, outlines what he calls an emergent culture theory, in which he utilizes a rudimentary variant of human attraction-repulsion models and human molecule logic; such as:

“The human being is one big molecule, a mega-molecule, whose most fundamental behaviors are governed by the same electro-chemical principles governing the micro-molecules which make up our bodies.”

Solare presents a fairly decent overview of some of the basic principles of human chemistry, namely that a human is a large reactive “mega-molecule” whose attraction and repulsion interactions are governed by the same electro-chemical laws and principles that govern the atoms and molecules that make up the body of a human.

Solare’s article makes an attempt, in a somewhat Empedocles’ style, to explain how attraction-repulsion at the atomic molecular level scales up into the cause and effect interaction human-societal level.

Synchronicity theory
Solare introduces what he calls a “synchronicity theory”, in what seems to be a variant of German polymath Johann Goethe’s 1809 human elective affinities theory. Solare states his theory as follows:

“Synchronicity theory affirms that the particular degrees of affinity-disaffinity existing between atoms and between molecules is transferred all the way to the human level via simple aggregation. One brick is the same, qualitatively speaking, as a pile of bricks.”

He goes on to approximate one human molecule as an aggregate of C, H, N, and O atoms, which he says since these constitute about 96 percent of a person, reduce a person “qualitatively the same as a single molecule of containing the four elements”, which is a fairly decent first draft idea at formulating a human molecular formula. He then attempts to argue that:

“The particular affinities and relationships between the four foundational elements of life HOCN are distinctly expressed at the human level of behavior and relationships. There are slight variances in the quantities and combinations of each element that a given individual may possess. Those slight variances are detectable as the various traits and characteristics making up the individuality of each human being.”


Solare’s article in outline seems to be an expansion of similar atoms to humans theory espoused by Austrian-born American astrophysicist Erich Jantsch in his 1979 The Self-organizing Universe. [1]

Note
A large part of Solare’s writings are newagey, mixed together with something he calls the “tzolkin code”, as what seems to be an effort to base human cultural synchronicity on the tzolkin, the 260-day Mayan calendar; and among other things, he speculates on the 2012 end of the world Mayan calendar prediction. In this respect, by comparison, Solare may be reminiscent of Joseph Dewey and his human molecule ideas.

Education
Solare states that his education and research into his emergent culture theory started in about 1982 while a psychology major at Northern California University with the question of “how did the human world come to be what it is today?”, during which time he chanced upon American comparative mythologist Joseph Campbell’s 1987 The Power of Myth. Solare began publishing his views on the site Emergent-Culture.com, launched in 2008. [2] Solare seems to have a certain online presence, with about 9,000 Twitter followers. [3]