Overview
In 1907, a peasants’ rising took place in Romania, to which Haret took notice. The event, in some way, according to Romanian sociology historian Ovidiu Badiaa, was a goad or driving force behind the writing of his 1910 Social Mechanics; about which he said the following: [3]

“We may hope that someday safe methods could be provided to help the solving of many problems which today are often doomed to the inspiration of the moment, or the happening or inclinations.”

In his Social Mechanics, Haret outlined a mathematical-based formulation of social mechanics, in which he used mathematics and Newtonian mechanics to explain social behavior, in terms of Cartesian coordinates of moving points and velocities. [1]

In 1971, Romanian-born American mathematician Nicholas Georgescu-Roegen, originally at the University of Bucharest then at University of Vanderbilt, who in 1971 famously published his The Entropy Law and the Economic Process, wherein he attempted to describe economic processes in second law of thermodynamics terms; therein initiating who most tend to think of as the most well-known of the "Romanian school" of physical science based economics and sociology stems.

One of the first Romanian scientists, following Georgescu-Roegen, to venture into the humanities was physicist Margareta Ignat, at Alexandru loan Cuza University, who together with her graduate student Mircea Gligor helped to develop the field of econophysics in Romania. [1]

In 2001, e.g., Gligor and Ignat published “Econophysics: a New Field for Statistical Physics?”, wherein the discussed the rise of econophysics of financial markets in the previous decade. [2] 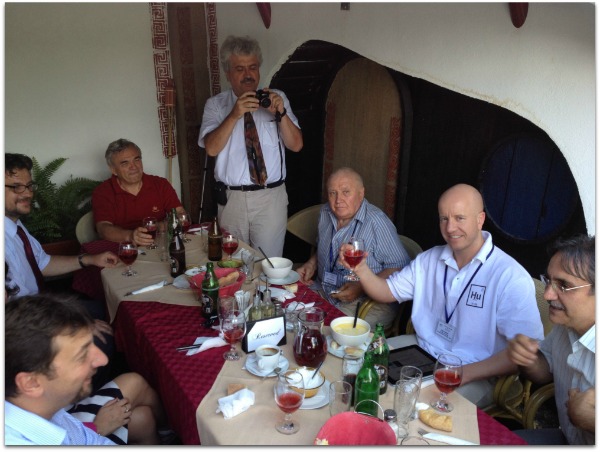