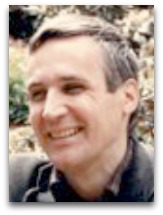 Overview
Since and early age, Hoeflin has been nearly blind or legally blind and into the 1990s could only read with a magnifying glass at a rate of 10 pages per day. Because of this, he has had a difficult time in school, dropping out of somewhere near to five different colleges, owing to complaints of teachers not willing to accommodate to his special handicapped needs.

In 2004, Hoeflin was working on finishing a book called To Unscrew the Inscrutable: A Theory of the Structure of Philosophy, with chapters on yin and yang, wave particle duality, Freud’s id, ego, and superego theory, among other topics. Hoeflin is said to have completed a PhD in philosophy, at some point, from The New School of Social Research.

In 1946, Ware started the Mensa society at at Oxford University, whose members were required to have an IQ:132+ determined by some sort of tested means, generally based generally on Terman IQ scores (Stanford-Binet test scores).

In 1974, Christopher Harding founded “International Society for Philosophical Enquiry” and developed some type of vocabulary test for admission purposes, the questions and answers of which are found in his 1993 The Ultimate IQ Book. [3]

In c.1975, Harding was selling a mail-in ten-item multiple choice so-called “Multimax Test”, which purported to yield an IQ of 200+ or a ceiling of 211 (Ѻ), depending on score; meaning if you answered all ten of Harding's questions correctly, then you tell everyone that your "paper IQ" was 211.

In 1979, Omni magazine published Langdon’s test (Ѻ), at the point when he was aiming to start a “Four-Sigma Society” to accept people four standard deviations or more above the mean.

In 1982, Hoeflin, in the context of this culture, developed the "Mega Test" , comprised of 48 questions, which he claimed is the first IQ test designed to test for intelligence in the 145 of above IQ range (see: Mega Test IQ).

The following is a representative statement of this so-called "high IQ society era" cultural milieu, which comprised a few dozen individuals connected by mail exchanges, in context, wherein members and club founders were assigning "genius IQs" (140+) to other club members, so to construct a "house of cards", so to say:

“I did not apply for membership in the Mega Society. Instead I cooperated in the experimental ‘norming’ of many ‘high-level’ tests in the late 70's and early 80's and one day received a letter stating that it had been determined from my scores on several tests (presumably the Skyscraper, the W-87, the LAIT, the GRE, etc.) that my IQ was ‘193+’ and that I was a member of the Mega Society.”

The following is a reference to this test:

“Try taking one of the tests created by Ron Hoeflin [Mega Test; Titan Test] or Kevin Langdon [Adult Intelligence Test] which were designed with the specific intent of measuring high IQ. Chris Harding [MultiMax Test] also creates upper limit tests. His Multimax Test contains only ten multiple-choice questions and claims a ceiling of 200+. Each author's address is listed at the beginning of this issue.”

All of these tests, combined, have produced a number of infamously inflated IQs.

Quotes | On
The following are quotes on Hoeflin:

“Thanks to the magic of the World Wide Web, over the past fifteen years, more than a dozen affinity groups for people with superhigh IQs have been formed. More exclusive than Mensa — which accepts those with a minimum IQ of 132, one of every fifty people — clubs like the Triple Nine Society (IQ requirement: 148+), the Prometheus Society (IQ requirement: 164+), and the Mega Society (IQ requirement: 176+), provide electronic fellowship to an eccentric, far-flung population known as HiQ Society. Though the clubs, like all subcultures, have become petri dishes for ego squabbles and political infighting, they nonetheless supply the comfort of fraternity in a world that doesn't think fast enough, doesn't get the reference, doesn't grasp the point.”

“Ron Hoeflin has produced the only "ultra-high" IQ tests of any repute. Officially, he puts the ceilings of the Mega Test and Titan Test at 190+. That translates to a 5.6+ sigma score. I made a single error on one of his tests, for a raw score that translates to a 190 SD 16 deviation IQ score.”