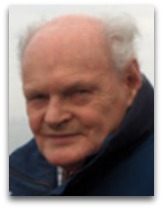 Overview
In1984, Pearson rejected big bang theory as being a violation of the conservation of energy. [1]

In 1990, Pearson, in his Intelligence behind the Universe, introduced his ‘intelligent ether’ theory of continued consciousness after death. [2]

Pearson’s theory is rather obscure and convoluted to read, as evidenced by the fact that his theory has been rejected by most of the scientific community; throwing out benchmarks of physics, such as constant speed of light, relativity, the cosmological constant, etc., and instead utilizing the invention of numerous types of hypothetical energies, e.g. 'positive and negative primaries', 'breeded energies', etc., said to existed and interacted at the start of the universe, along with other mathematical contrivances.

Concerning death and what happens when you die, Pearson postulates the existence of an “intelligent ether” or Iether, said to be found throughout the universe, whereby the mind is not brain function but rather isolated regions of the Iether as separate from the matter portion of the mind, and that after death, the Ieather lives on to interact with new constructs of matter in the universe at different frequencies.

In 2005, Pearson explained how a person lives on after death as follows: [3]

“If true a ‘supermind of space’ could create a whole set of matter-systems all co-existing in the same space but tuned to different quantum-wave frequencies. Then fragments of the supermind structure, the ‘sub-minds’, could only tune into one matter-system at a time. Consequently the only reality apparent at any one time would be the one to which a sub-mind is temporarily tuned. When that matter-system became outworn, this sub-mind, being part of the structured sub-quantum fluid, would simply tune into one of the remaining matter-systems and continue to survive. On this basis our brains could well be mere interfacing mechanisms needed to enable the real minds to pilot the body. No justification can exist any longer in postulating that, of necessity, consciousness vanishes on brain death.”

Pearson also, supposedly, shows how dark energy relates to the survival of consciousness.

Education
Pearson completed a BS in engineering and a “C.Eng.M.”, in mechanical engineering, then in 1958 invented a prototype gas wave turbine, then became an lecturer in thermodynamics and fluid mechanics, retiring prior to 2000, and switched to physics. [4]