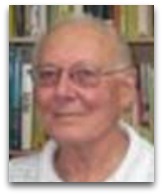 Crowd dynamics
Henderson's first paper on human crowd motion was his the highly-cited 1971 “The Statistics of Crowd Fluids”, Henderson who monitored the movements of college students on a campus and children on a playground, finding that in both cases their movements fit the Maxwell-Boltzmann distribution, meaning that both velocities of gas particles and the speeds of students follow a Gaussian distribution. Henderson, according to Len Fisher (2009), also, interestingly, noted a difference between the movements of children as compared to college students in that children had much more energy [or kinetic energy] and consequently moved at much higher average speeds. [2]

In 1972, Henderson did research on crowd flow at Princeton University’s aerospace and mechanical sciences department. [3] The following year, working at the University of Tokyo, he produced a report entitled “On the Theory of Human Crowd Flow”. [4]