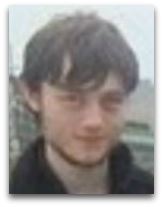 In hmolscience, Ryan Grannell (c.1991-) is an Irish biochemistry student noted for his month-long 2011 blogging effort to explain how human chemistry and human thermodynamics are "bulls**t" subjects and “junk science”. A representative comment is: [1]

“This is all just a horrendous analogy. Chemical laws apply to humans, but our﻿ behavior is more complex than something that can be modeled with a couple of thermodynamic equations. A + B → AB is just a pretentious way of stating something we already know; it tells us absolutely nothing new.”

Beyond this, to cite a few further examples, Grannell believes German polymath Johann Goethe’s 1799 human elective affinities model of existence is a “nutty theory”; considers American electrochemical engineer Libb Thims’ 2011 thermodynamic proof that good always triumphs over evil to be nothing but “calculus coated woo, hidden behind a smokescreen of rhetorical mathematics”; believes that enthalpy has nothing to do with the sexual heat of physical attraction, among numerous other objections. [2]

Atheism
Grannell is an open advocate of atheism: [3]

“I’m an Atheist, in the sense that I do not see sufficient evidence to believe in a God. I’m also an atheist in the sense that I can see that some claims of Gods existence are almost certainly false: Christianity and Scientology being among them. I grew out of religion around the same time I grew of out the Christmas myths; I actually rated the latter as being more plausible, because Santa had clear and tangible effects on the world around me. I approach the world from an empirical, naturalistic, and rational point of view, and the results are often fantastic. Plus, I don’t have to do mental gymnastics to try to reconcile the existence of an all-loving, omnipotent God with childhood leukemia. A nice bonus.”