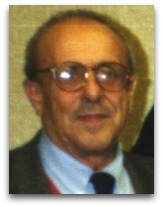 In thermodynamics, Salvatore Califano (c.1940-) is an Italian physical chemist noted for his 2012 monograph Pathways to Modern Chemical Physics, which contains a fairly cogent historical introduction to thermodynamics in the opening chapter, e.g. the origin of the term “enthalpy”, biographical information on C.G. Darwin’s α particle work, among other historical tidbits. [1]

“The mathematical formalism developed by Gibbs in several papers was utilized by Gilbert Lewis and Merle Randall in the United States and Edward Guggenheim in England for the evaluation of free energy and of a large number of chemical compounds. The book by Lewis and Randall Thermodynamics and the Free Energy of Chemical Substances of 1923 and that by Guggenheim, Modern Thermodynamics by the Methods of Willard Gibbs of 1933 are the fundamental classics of modern chemical-physics. Before the publication of these two textbooks, the most known text of thermodynamics, especially in Germany was the 1912 treatise Lehrbuch der Thermodhemie und Thermodynamik written by Otto Sackur, that, once translated into English in 1917 by the American naturalized Scotsman George Gibson, became the official textbook of thermodynamics in American universities until 1923, when it was replaced by that of Lewis and Randall.”