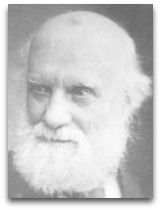 Overview
In 1836, Birch became head of the newly-formed Assyrian and Egyptian department of the British Museum, remaining in this position until 1885, wherein he was succeeded by Peter Renouf, who in turn was succeeded by Wallis Budge in 1991.

In 1867, Birch published the first translation of the Egyptian Book of the Dead, based on the Turin Papyrus, published in 1842 by Karl Lepsius (1810-1884), which he titled The Funeral Ritual or Book of the Dead, as well as Dictionary of Hieroglyphics, and Hieroglyphic Grammar, all three of which included in Egypt’s Place in Universal History, Volume Five. [3]
Matthew
In 1907, Gerald Massey, in his Ancient Egypt, the Light of the Modern World, Volume Two, summarized how he decoded the name “Matthew” from his reading of Egyptologist Birch’s mention of the word ‘Mati’ (or Maat) as the title of the divine scribe (Taht-Aan) of the Egyptians. [1]

Quotes | On
The following are quotes on Birch:

“The original word [for mummy] written in hieroglyphics is krst, whence kas, to embalm, to bandage, to knot, to make the mummy or karast (Birch, Dictionary of the Hieroglyphics, pp. 415-416; Champollion, Grant. Egyptienne, 86). The word krs denotes the embalmment of the mummy, and the krst, as the mummy, was made in the process of preparation by purifying, anointing, and embalming. To Kara's the dead body was to embalm it, to bandage it, to make the mummy. The mummy was the Osirian Corpus Christi, prepared for burial as the laid-out dead, the karast by name.”


References
1. Massey, Gerald. (1907). Ancient Egypt: The Light of the World: a Work of Reclamation and Restitution in Twelve Books, Volume Two (pgs. 903-04). T. Fisher Unwin.
2. Massey, Gerald. (1883). The Natural Genesis: Second Part of a Book of the Beginnings, Containing an Attempt to Recover and Reconstitute the Lost Origins of the Myths and Mysteries, Types and Symbols, Religion and Language, with Egypt for the Mouthpiece and Africa as the Birthplace, Volume Two (pg. 437). Williams and Norgate.
3. Faulkner, Raymond. (1972). The Egyptian Book of the Dead: the Book of Coming Forth by Day: Complete Papyrus of Ani, Featuring Integrated Text and Full-Color Images (translator: Ogden Goelet; Preface: Carol Andrews; Introduction: Daniel Gunther; Foreword: James Wasserman) (Amz) (pg. 17). Chronicle Books, 2015.

Further reading
● The First Egyptologist in the Museum (1836-1886) – BritishMuseum.org.