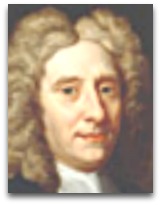 Overview
In 1704, Clarke became a Boyle lecturer, for two years, resulting in Being and Attributes of God (1704) and Evidences of Natural and Revealed Religion (1705), the gist of which resulting is a recursive self-crated thing proof of the existence of god.

In 1707, Clarke engaged into a debate with Anthony Collins on the nature of consciousness, Clarke arguing that mind and consciousness must be distinct from matter, Collins arguing the materialist position that consciousness was a property of the brain.

Quotes | On
The following are quotes on Clarke:

“The difficulties which are opposed to them, are sufficiently clear to be understood by an infant; whilst, in the most learned nations, they will be troubled to find twelve men capable of understanding the demonstrations, the solutions, and the replies of a Descartes, of a Leibnitz, and of a Clarke, when they endeavour to prove to us the existence of the divinity.”