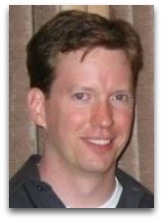 Free energy | Life
In 2010, Carroll, in his “Free Energy and the Meaning of Life”, gave his reflective views on how, while on a plane ride to a conference, he was reading one of Eric Smith’s papers (Ѻ) on the thermodynamics of natural selection, during which time, Mike Russell (Ѻ), a three-decade plus (Ѻ) “metabolism-first” origin of life theorist – in contrast to the “replicator first” (e.g. “RNA-first”) origin of life theorists – sat down next to him, during which time they began to discuss Smith’s ideas and how Carroll was trying to figure out the meaning or purpose of life; to which Russel blurted out, after saying “that’s easy”, the following: [4]

“The purpose of life is to hydrogenate carbon dioxide.”

Carroll took Russell’s model to mean the following: “life is nature’s way of opening up a chemical channel to release all of that free energy bottled up in carbon dioxide in the atmosphere of the young earth”; Carroll commented that his “own understanding gets a little fuzzy at this point, but the basic idea seems intelligible”. Carroll, in the same article, conjectured the following:

“Maxwell’s demon takes in free energy and uses it to maintain a separation between hot and cold sides of a box of gas — a sustained departure from thermal equilibrium. But what if we reversed the story? Instead of thinking that the demon takes advantage free energy to help advance its nefarious anti-thermodynamic agenda, what if we imagine that the free energy is simply using the demon — that is, the out-of-equilibrium configurations labeled ‘life’ — for its own pro-thermodynamic purposes?”

Carroll, here, would be wise to study Norman Dolloff (1975) to get his bearings straight.

Religion | Atheism
Carroll was raised Episcopalian. (Ѻ) In 2003, Carroll penned: “Why (Almost All) Cosmologists are Atheists” (Ѻ). In 2004, Carroll and classics scholar Shadi Bartsch taught a course on the history of atheism at the University of Chicago. In 2012, organized a workshop entitled “Moving Naturalism Forward”; in 2013, blogged “Why I Won’t Take Money from the Templeton Foundation” (Ѻ) (Ѻ). In Mar 2014, Carroll debated William Craig on the topic of “god and cosmology”, wherein, supposedly, Carroll dismantled Craig’s fine-tuning arguments. (Ѻ)

In Oct 2014, Carroll won the FFRF “Emperor Has No Clothes” award, given to someone not afraid to speak the truth about a subject others are misinformed about (Ѻ), the acceptance speech of which he explained (Ѻ) why there is no “life after death”. (Ѻ) Carroll, in 2014, was averse to being explicitly identify as an “atheist” (see: explicit atheism), but prefers the self-label “naturalist”, over atheist, although he doesn’t deny the latter, but considers the former a more positive term (Ѻ); his 2016 interview “Arguments for Atheism” (Ѻ) elaborates on he thinks of naturalism and atheism as the same thing, namely that physics-based naturalism implies (see: implicit atheism) that “god plays no role”, which he implicitly takes as a synonym for “god does not exist”. (Ѻ)

Overview
In 2010, Carroll, in his From Eternity to Here, attempted to outline a synthesis of his views on the big bang, relativity, entropy, universal expansion, human existence, purpose or meaning and time (arrow of time); along with other areas such as black hole thermodynamics. In his final chapter on the “Search for Meaning in a Preposterous Universe”, Carroll argues that: [1]

“We find ourselves, not as a central player in the life of the cosmos, but as a tiny epiphenomenon, flourishing for a brief moment as we ride a wave of increasing entropy … purpose and meaning are not to be found in the laws of nature, or in the plans of any external agent, but in our urge[s].”

The books seems to be detracted to some extent owing to its digressions on information theory and complexity. Carroll has also written about the Boltzmann brain problem. [2]

In 2016, Carroll, in his The Big Picture, attempted to argue for some type of utilitarianism model of goodness. [3]

Education
Carroll completed BS in astronomy and astrophysics (1988) at Villanova Universe (see: Rossini debate), his PhD in astronomy, thesis “Cosmological Consequences of Topological Geometric Phenomean in Field Theories”, at Harvard (1993), and currently is a professor at CalTech.

Quotes | By
The following are quotes by Carroll:

“Here’s a Philosophy TV dialogue (Ѻ) between John Dupre (left) and Alex Rosenberg (right). They are both physicalists — the believe that the world is described by material things (or fermions and bosons, if you want to be more specific) and nothing else. But Dupre is an anti-reductionist, which is apparently the majority view among philosophers these days. Rosenberg holds out for reductionism, and seems to me to do a pretty good job at it.”

“If you find an egg in your refrigerator, you're not surprised. You don't say, ‘Wow, that's a low-entropy configuration. That's unusual,’ because you know that the egg is not alone in the universe. It came out of a chicken, which is part of a farm, which is part of the biosphere, etc., etc. But with the universe, we don't have that appeal to make.”

“I'm trying to understand cosmology, why the big bang had the properties it did. And it's interesting to think that connects directly to our kitchens and how we can make eggs, how we can remember one direction of time, why causes precede effects, why we are born young and grow older. It's all because of entropy increasing.”

“I don't want to give advice to people about their religious beliefs, but I do think that it's not smart to bet against the power of science to figure out the natural world. It used to be, a thousand years ago, that if you wanted to explain why the moon moved through the sky, you needed to invoke god.”