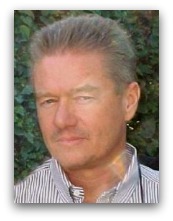 In hmolscience, Sean Joseph O’Reilly (1952-) is an American philosopher noted, in human thermodynamics, for his 2001 book How to Manage Your Dick, in which he outlines a energy-entropy based Freudian moral philosophy of how to govern and use one's sexual energy productively. [1]

Overview
In 2001, O'Reilly published How to Manage Your Dick: Redirect Sexual Energy and Discover Your More Spiritually Enlightened, Evolved Self, wherein, quoting from his chapter “Entropy and Your Dong”, in his typical frank style of discussion, states:

“Making good choices regarding your urges and acting accordingly is more commonly referred to as morality. Without arguing over what constitutes ‘good’, morality might simply be described as responsible urge and information management. Urges use energy, so if we are going to understand how urges work, we must also understand how energy works. Some of the same rules that apply to energy also apply to that friend who lives between your legs.”

This understanding of urges, in terms of energy and entropy, to note, is similar to the impulse philosophy developed by American philosopher Elizabeth Porteus. In short, in O'Reilly's model, building on the philosophies of Plato, Aristotle, and Thomas Aquinas, and the id-ego-superego, libido, energy, entropy psychologies of Sigmund Freud and Carl Jung, he outlines a model for governing one’s personal energy to get what one really wants out of existence, with particular reference to the governance of one’s sexual impulses and sexual energy, examined in the context of a mixture of metaphysics, politics, and modern science, and the three laws of thermodynamics. Although it is ironic that a book on how to manage your dick comes from a man with six kids, it is one of the relatively few works to pick up on the energy psychology of Freud with focus on his ideas of sex, repression, and catharsis.

Theory origin
In circa 1971, O’Reilly states that his educational path started when he was exposed to the writings of Aristotle, Plato, and Thomas Aquinas by his philosophy teacher Frederick Wilhelmsen at the University of Texas. [3]

In the early 1980s, O’Reilly worked as a volunteer at the Lorton Federal Penitentiary, teaching the philosophies of Aristotle and Aquinas to inmates, specifically focusing in terms of remembering what one really wants and the management of the appetites by right reason in the context of working to avoid evil outcomes; subjects which he found were completely foreign to inmates who he found were managed by raging testosterone, violence, and wild sexuality all mixed together with the inability to make good choices. O’Reilly then worked as a political gadfly for an Israeli activist in Washington D.C., in which he noticed an underlying declining philosophical heritage, typical of the West. [4]

In 1985, O’Reilly attempted a first draft of his philosophy in circa 1985 entitled The River of Gold: Politics of the Soul, outlining a public philosophy rooted in ancient Greek metaphysics, focused on virtue and ethics; but found little public interest in this version aside from a few academics. In circa 1995, he saw a banner that read “How to Manage Your What?”, which instilled in him, ‘with startling force’, the idea that a book entitled How to Manage Your DICK, could act as an eye-opener or Trojan horse for an open-ended exploration for his common moral philosophy for America. He then began to dig into research and reading to framework his philosophy. His first clue came from Freudian energy psychology model of the mind, which is best described in his own words: [4]

“The fundamental breakthrough came in trying to find a bridge between the metaphysics of Aristotle, Plato and Aquinas, and the extraordinary insights of new age and other spiritual philosophies. It began with a reflection on the inadequacy of modern epistemology and psychology in dealing with the problem of evil and bad choices. How can you know what is a good choice or a bad choice unless there is a mechanism whereby human beings can know truth?

If it could be demonstrated, as the Aristotelians and Scholastics claim, that you intentionally become the thing known, then the metaphysics of cathection could take Freud into places he never would have dreamed of. Cathection hinted of energy transferences at a level not described by traditional psychology. Theology was largely useless in describing the actions of cathection. There seemed to be no clearly articulated theology of the soul's kinetic activities on behalf of the body. To state as does Aristotle that the soul has five powers: the vegetative (growth), locomotive (movement), the sensitive (sensory organs), the appetitive (the will), and the intellectual (mind) tells us absolutely nothing about what those powers are doing on a daily basis—other than that they exist. Cyber kinetics attempts to account for the powers of the soul using metaphysical analogs taken from quantum physics and superstring theory.”

All in all, aside from metaphysical speculations, such as on spirituality and how the soul has something to do with vibrating superstrings of energy in ten dimensions, his scientific focus on explaining sex, philosophy, and energy seems to be a worthwhile topic of investigation, that not many people are bold enough to discuss.

Education
O’Reilly has a degree in psychology (or existential phenomenology) and studied philosophy under Frederick Wilhelmsen at the University of Texas in the early 1970s; he is a former seminarian, stockbroker, an associate of new age pioneer George Simon, and seems to be largely self-taught in the sciences. [2]