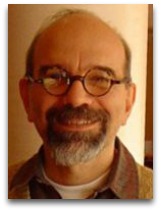 In hmolscience, Serge Galam (1952-) is a French physicist noted for his theories and publications, beginning in circa 1979, in the field of sociophysics, a subject in which he considers himself to be one of the founders.

Overview
In circa 1979, Galam, whose overt focus was research in physics, pure and applied, began to do work in sociophysics, on the side, as a hobby.

In 1982, Galam published “Entropy, Disorder, and Individual Freedom”, wherein he “applied the Carnot principle of maximum entropy to societies to demonstrate that, contrary to the claimed ineluctability of the thermal death argument, there are no reasons to get pessimistic”. [3]

In 1991, Galam, in his “Towards a Theory of Collective Phenomena”, employs a human atom modeling scheme, and combines a number of well-established social psychology hypotheses with recent concepts of statistical physics; this is his most-cited article. [4]

In 2004, Galam is quite frank as to the resistance faced in the application of physics theory to human existence, as exemplified by the following quote on his personal testimony as to the origins of sociophysics, some 25-years following is venture into physics based sociology: [1]

“To suggest that humans could behave like atoms was looked upon as a blasphemy to both hard science and human complexity, a total nonsense, something to be condemned. And it has been indeed condemned during the last fifteen years.”

In 2011, Galem organized a sociophysics conference on “Sociophysics: Do Humans Behave Like Atoms?”, in Paris, Nov 14-16, at the Centre de Recherche en Épistémologie Appliquée (CREA) at École Polytechnique and CNRS, a report of which by Andrea Scharnhorst is as follows: [9]

“The “Unexpected Conference” in Paris, November 14-16, 2011 brought together more than 35 researchers from Europe, North and South America, and Asia to present current research in the field of sociophysics. The final title of the conference “Sociophysics: Do humans behave like atoms?” reminded me of vivid debates between sociologists and physicists in the 90s in Germany in which sociologists obviously felt offended by books entitled “Quantitative sociology” that included many pages of rather complex Fokker-Planck equations. Serge Galam, organizer of this conference and a pioneer in the field, equally reported about the repelling reaction in some parts of the physics community at the beginning of the 80s, when the verdict ‘not suitable for publication’ branded his first thoughts about what we commonly call today sociophysics. The many different presentations encompassed mathematical analysis and comparison of non-linear models, but also applications for urban development (Jean-Pierre Nadal), wine markets (Tatiana Bouzdine Chameeva), and public debates (Alexandre Delanoe) to name a few examples. All presentations showed an unbroken interest in understanding social dynamics by means of concepts and mathematical models rooted in statistical physics and computer sciences. Computational sociology, and in particular the Agent-Based Models community, are nowadays well-appreciated sparring partners for physicists; philosophers (Kate Forbes-Pitt) and physicists (Franco Bagnoli) reflected about ontological and epistemological principles of a “complexity science”. The field has already long passed the stage of a niche for some eccentric pioneers. To the contrary, a variety of groups are working on similar questions, new generations are entering the field, and the activities across different branches of the rapidly growing science system are calling for means of integration and consolidations.”

In 2015, Galam began teaching a course in political physics.

Education
Galam received his BS in physics at the Ecole Normale Superieure University, Paris, in 1974 and his preliminary graduate degree (Doctorat de 3e Cycle) in physics in 1975, with a thesis on “Effect of Polarized Electrons on the Thermodynamic Properties of Dense Ionic Plasmas”, at the University of Pierre and Marie Curie, Paris, under J.P. Hansen. [2] Galan then completed his PhD in physics in 1981 at Tel Aviv University, with a thesis on a “Study of Multicritical Points in Magnetic Systems” under A. Aharony, where, during his research, he started to use the modern theory of phase transitions to describe social, psychological, political and economical phenomena. [1]

From 1981 to 1982, he completed his post doctorate work, on “Phenomena and Multicritical Group Theory”, at City College of the City University of New York, under Burman J.L. Galam currently is the director of research at CNRS (French National Center for Scientific Research).

In 1999, Galam became director of research at French National Center for Scientific Research (CNRS) and in 2004 joined the Center for Research in Applied Epistemology (CREA), a branch of the Ecole Polytechnique focused on (Ѻ) the modelling of self-organization and complex systems theories related to cognition, economics, and social phenomena, the epistemology of cognitive science. [7]

“Let us remember. Throughout history, our ancestors were convinced that the forces of nature obeyed the gods, they were our mistakes that resulted in their wrath, which then manifested by natural disturbances. For a long time it was thought to stop by human and animal sacrifices. Science has taught us that it was unfounded, and now this old archaic belief resurfaced with renewed vitality, and increasingly relies on science in the name of science.”