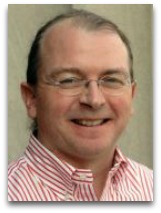 Overview
In 1988, Lloyd introduced the idea of thermodynamic depth, along among other applications of Shannon entropy to complexity, such as mate selection. [1]

Bits | Entropy
In 2006, Lloyd, in his Programming the Universe, was attempting to sell the following:

“The great nineteenth-century statistical physicists James Maxwell in the United Kingdom, Ludwig Boltzmann in Austria, and Willard Gibbs in the United States derived the fundamental formulas of what would go on to be called "information theory," and used them to characterize the behavior of atoms. In particular, they applied these formulas in order to derive justification for the second law of thermodynamics. As noted, the first law of thermodynamics is a statement about ‘energy’: energy is conserved when it is transformed from mechanical energy to heat. The second law of thermodynamics, however, is a statement about ‘information’, and about how it is processed at the microscopic scale. The law states that entropy (which is a measure of information) tends to increase. More precisely, it states that each physical system contains a certain number of bits of information—both invisible information (or entropy) and visible information—and that the physical dynamics that process and transform that information never decrease that total number of bits.”

In 2018, Lloyd, in his talk on how the early 2000s market crash was analogous to a black hole, stated the following:

“There is a general tendency in the universe, in human societies, and actually everywhere, for entropy AND information to increase.”

These quotes, however, are Sokal affair stylized polemics based on the Shannon bandwagon. There is so much that is factually, conceptually, and fundamentally incorrect about the above statements, the first in particular, that it requires a little over a hundred pages pages of discussion to remedy. [5]

Quotes | By
The following are quotes by Lloyd:

“Nothing in life is certain except death, taxes and the second law of thermodynamics. All three are processes in which useful or accessible forms of some quantity, such as energy or money, are transformed into useless, inaccessible forms of the same quantity. That is not to say that these three processes don't have fringe benefits: taxes pay for roads and schools; the second law of thermodynamics drives cars, computers and metabolism; and death, at the very least, opens up tenured faculty positions.”

Education
Lloyd completed his AB in 1982 in the arts from Harvard, an MS in philosophy of science at Cambridge in 1983 and a PhD in physics at Rockefeller University with a dissertation on “Black Holes, Demons, and the Loss of Coherence: How Complex Systems Get Information, and What They Do With It” under American physicist Heinz Pagels. [3]