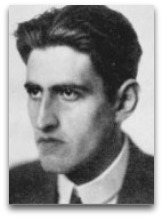 In hmolscience, Siegfried Bernfeld (1892-1953) was a Ukrainian-born Austrian psychologist noted, in psychological thermodynamics, for his 1925 to 1934 attempt to outline an engine and energy conceptualized psychology, based on Freud's death drive and life drive theories.

Overview
In 1925, Bernfeld built on Sigmund Freud’s theory of instinctual drives, to theorize about distinct biological and psychological drives; for example: (Ѻ)

“The life- and death-instincts are biological forces … which extend beyond the domain of the individual.”

In 1929, Bergnfeld began to co-author with physicist Sergei Feitelberg, on the application of physical science principles, particularly conservation of energy, entropy, and Le Chatelier’s principle, among others, to instinct theory, such as found in their 1930 booklet Energy and Engines: Psychoanalytic studies of Psychophysiology.

“Physical systems for which the entropy principle holds behave as if they had an impulse to reduce their internal quantities of tension within the system as a whole.”

Some of their first articles in direction include the “The Principle of Le Chatelier and the Instinct of Self-Preservation” as well as, on the topic of psychic energy, “Upper Psychic Energy, Libido, and its Measurement.” [1] The term "Helmholtz school" was used as early as 1944 by Bernfeld in his article “Freud’s Earliest Theories and the School of Helmholtz”. [6]

On their view of entropy (or psychic entropy), Bernfeld and Feitelberg both suggested that life-processes in general tend to accelerate the natural dissipation of energy in the universe. [5]

Their most noted article is “The Principle of Entropy and the Death Instinct” in which they presented the results of their study where they attempted to measure a paradoxical pulsation of entropy within a living organism, specifically in the nervous system of a man. [2] Specifically, by comparing the brain temperature to the rectal temperature of a man, they thought to acquire evidence of paradoxical variations, i.e. variations not conforming to the principle of entropy as it functions in physics for inanimate systems. [3]