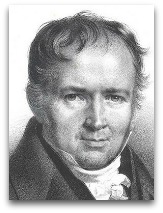 Quotes | On
The following are quotes on Coulomb:

“Ohm found that the results could be summed up in such a simple law that he who runs may read it, and a schoolboy now can predict what a Faraday then could only guess at roughly. By Ohm's discovery a large part of the domain of electricity became annexed by Coulomb's discovery of the law of inverse squares, and completely annexed by Green's investigations. Poisson attacked the difficult problem of induced magnetization, and his results, though differently expressed, are still the theory, as a most important first approximation. Ampere brought a multitude of phenomena into theory by his investigations of the mechanical forces between conductors supporting currents and magnets. Then there were the remarkable researches of Faraday, the prince of experimentalists, on electrostatics and electrodynamics and the induction of currents. These were rather long in being brought from the crude experimental state to a compact system, expressing the real essence. Unfortunately, in my opinion, Faraday was not a mathematician. It can scarcely be doubted that had he been one, he would have anticipated much later work. He would, for instance, knowing Ampere's theory, by his own results have readily been led to Neumann’s (Ѻ)(Ѻ) theory, and the connected work of Helmholtz and Thomson. But it is perhaps too much to expect a man to be both the prince of experimentalists and a competent mathematician.”

Quotes | By
The following are quotes by Poisson:

“Laplace is the Newton of France.”

“The only two good things in life are doing mathematics and teaching it.”

“That which can affect our senses in any manner whatever, is termed matter.”