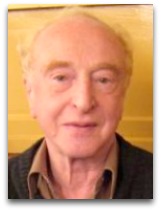 Recension theory
In 2003, Najovits, in his Egypt, Trunk of the Tree, Volume 1, gives a fairly cogent, e.g. as compared to Gary Greenberg (2000), chronological speculation of the order of the various Egyptian religio-mythology redactions (see: recension theory).

Egyptian | Christian
In 2009, Najovits, in response to an interview query about his Egypt: Trunk of the Tree and “pre-sand” theories on Egyptian mythology, in the context of Russian-born French mystic philosopher George Gurdjieff (c.1872-1949), stated the following: [2]

“Certainly not! The notion of a “prehistoric, pre-sand” Egypt with immense achievement, esoteric knowledge and fabulous architecture is a loony fantasy, an historical, archaeological and climatic impossibility which is only believed by the loony wing of Egyptologists. And Gurdjieff’s statement that some of the Egyptians were “the direct descendants” of the Atlanteans and the wise extra-terrestrial beings, “the Akhaldans” with the “pyramids and sphinx [being] the sole, chance surviving remains erected … by the most great Akhaldans and by the great ancestors … of Egypt” is in the same vein and its only redeeming quality may be that just as in Plato’s original Atlantis myth, in Timaeus and in Critias, in which Plato’s purpose was to describe a great, wise ideal which could serve as the model for the Greece of his time, Gurdjieff might have been metaphorically hinting at the same thing for our modern times.

On the other hand, if Gurdjieff’s idea that many of the origins of Christianity were “taken in a ready-made form from Egypt, not only from the Egypt we know, but from the one which … existed much earlier” is also loony, it’s not loony to see some key aspects of Christianity, and notably what Gurdjieff called “the form of worship in the Christian Church” indeed owing something to what he called Egyptian “schools of repetition,” but of course in historical Egypt and not in an imaginary “pre-sand” Egypt. As for direct links between Egypt and the Work, or at least similarities, the Egyptian description of “the silent man” found in many of the sebayt, the so-called Wisdom Texts, does bear a resemblance to what happens in quiet work meditation.”

Religion
Najovits, in respect to his Jewish background, in 2009 interview, stated things as follows: [2]

“My father was born in Hungarian Transylvania (now in Romania) and my mother in the Ukraine. They came to Canada when they were very young, about twelve or thirteen. My father was a decorated war hero in the Canadian Army Engineering Corps and my mother was a pious and delightfully superstitious woman. They were Orthodox and they tried to bring-up my brother, my sister and me in the Orthodox tradition and I reluctantly went through the motions (sometimes with a bit of humorous twisting) until just after my Bar Mitzvah, but I was always something of a born-atheist and it’s many years now that I’m a good practicing atheist.”

Quotes | On
The following are Najovits related quotes: