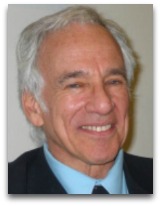 In human chemistry, Stanley A. Corngold (c.1942-) is an American German-literature scholar noted for []

Overview
In 2003, Corngold, in his keynote address “Compulsive Affinities: Goethe, Kafka, Benjamin”, at the University of Western Ontario "Distortion" conference, attempted to dissect German polymath Johann Goethe's famous cryptic advertisement to his riddled 1809 Elective Affinities publication, and on the content of the novel theorize on how the characters may be either “charged radicals” or chemical compounds, in the modern sense, among other commentary; the following is one excerpt: [1]

“The image of elective affinities proposes the likeness between the attraction of charged radicals, on the one hand, and the attraction of pairs of persons, on the other—an attraction that proceeds chiastically (Ѻ), over and against their original linkages and domiciles, which in the first instance are chemical compounds and in the second instance aristocratic manor-houses.”

Corngold here seems to be outlining or alluding to the model that certain characters in the novella act like or are "charged radicals", i.e. chemical species lacking or overabundant with one or more electrons, and possibly that a paired couple in an aristocratic manor house is a chemical compound, thus seemingly giving way, possibly, to the notion of the human chemical bond and the dihumanide molecule, respectively.

Other
In 1977, Corngold coauthored Aspekte der Goethezeit (Aspects of the Age of Goethe). [2] He also was the 1996 English translator of German literary critic Walter Benjamin’s 1922 essay “Goethe’s Elective Affinities”. [3] In 2011, he translated Goethe’s The Sufferings of Young Werther.