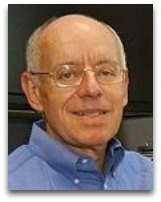 Overview
In circa 1970, Sandler provided for "many interesting discussions" with Richard Balzhiser, Michael Samuels, and John Eliassen, in reviewing and consulting them on their chapter 11 "Equilibrium in Chemically Reacting Systems" of their Chemical Engineering Thermodynamics: the Study of Energy, Entropy, and Equilibrium, a new textbook geared towards both mechanical engineers and chemical engineers.

In 1977, Sandler, ten years after he began teaching chemical thermodynamics to engineers, penned his own Chemical and Engineering Thermodynamics, which he said to have grown out his own confusion about the subject as an undergraduate at City College of New York, which taught thermodynamics using a very application-focused learning style; specifically: [5]

“Most of the previous books presented thermodynamics in a way that required students to memorize a specific way to do every problem. I thought it would be more effective to have a small set of very general equations and then be able to treat every new problem as a special case of those equations. That's how I taught myself, so I decided to write a textbook to teach others in this way.”

Since then, he has revised the book four times, each time incorporating changes based on new technology and feedback from his students. “When they didn't understand something, I realized that I needed to go back and make it clearer,” he says. Sandler states that the book reflects his own education at two very different institutions--undergraduate work at the City College of New York, which was very applied, and a doctoral degree from the University of Minnesota, where he was exposed to a more science-based approach to engineering.

“I had a foot in both camps, so I tried to tie the fundamentals of thermodynamics to how the subject is used in industry,” he says. “The best way to motivate students is to impress upon them why they need to know the subject.”

The most recent edition of Sandler's book incorporates new information about biochemical engineering. “It's important for students to recognize that while processing pharmaceuticals is different from processing oil and gas, much of the basic thermodynamic science and underlying principles are the same, even though the materials are different.” [5]

Thims
The second edition of Sandler’s textbook (1989) was used by American chemical engineer Libb Thims (creator of Hmolpedia), at the University of Michigan in 1995 in his chemical engineering thermodynamics curriculum, thus functioning to indoctrinate Thims into the science of thermodynamics and in some way to seed Thims’ curiosity as to the nature of equilibrium, Gibbs free energy, and the spontaneity criterion in application to the predictions of interpersonal human relationships. [4] At one point, during lectures, Thims had the urge to raise his hand in class and ask how chemical thermodynamics applies to predictions of human relationships, but for whatever reason he kept mum and instead sought to figure out the subject on his own. Sandler’s textbook together with American evolutionary psychologist David Buss’ 1994 book Evolution of Desire, can be said to have seeded the idea of the science of “human thermodynamics” in the mind of Thims during his formative years. This seed can be said to have directly resulted in the writing of the 2007 textbook Human Chemistry, the textbook on human chemistry (chapter eighteen Human Thermodynamics, being the first chapter on human thermodynamics), and the 2008 book The Human Molecule as well as, in a way, for the formation of the online wiki Encyclopedia of Human Thermodynamics, still in development as of 2009.