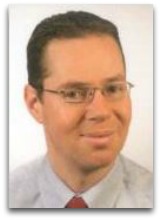 In existographies, Stefan Baumgartner (1968-) (CR:3) is a German physicist and economist noted, in ecological economics, for his 1995 to 2005 publications on thermodynamics in economics and ecology, seemingly focused on the subject of waste management.

Overview
In 1995, Baumgartner, in his discussion article "Entropy: A Unifying Concept for Ecological Economics", co-written with Malte Faber and John Proops, applied entropy and thermodynamics in economics and ecology.

In 2004, Baumgartner, in his chapter “Thermodynamic Models”, in Modelling in Ecological Economics, outlined the use, history, pitfalls, and hurtles of applying thermodynamics to the explanation of economic systems confined to environmental scarcities. [1] Further research contains philosophical aspects of human-enviroment relations as well as applied system analysis.

In 2012, Baumgartner, in his Ambivalent Joint Production and the Natural Environment: an Economic and Thermodynamic Analysis, devoted chapter three to thermodynamics, in a simple historical like overview, and therein attempts to digress on joint production in economics. [3]