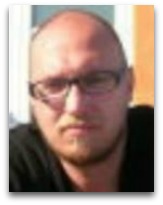 In existographies, Stefan Pohl-Valero (c.1977-) (CR:10) is a Spanish mechanical engineer turned social thermodynamics historian noted for a number of publications, workshops, and presentations on the application of thermodynamics in sociology, history, economics, and religion, with particularly focus on 19th century Spanish theorists.

Valero's 2007 PhD dissertation “The Circulation of Energy: Thermodynamics, National Culture, and Social Progress in Spain, 1868-1890” built on the earlier thematic work of socio-science historians Crosbie Smith and Greg Myers to discuss how scientists such as William Thomson, Balfour Stewart, Peter Tait, and Thomas Huxley applied and used thermodynamics to theorize about various humanist implications. Valero’s unique focus, however, is on a specific group of Spanish scientists and social reformers, particularly the work of physicist Enrique Serrano Fatigati, and his circle, who in the 1870s sought to construct a educational program of physics that was based on an evolutionary and energetic interpretation of nature. [1]

Energy and Culture
In 2011, Pohl-Valero published Energy and Culture: a History of Thermodynamics in Spain in the Second Half of the Nineteenth Century, the abstract of which is as follows:

“In the second half of the 19th century, the disciplinary map of physics and life sciences was reshaped by the new science of thermodynamics, which became one of the main scientific developments of that century. At the same time, its laws played an important role in the configuration of western modern social thought. Besides cosmological and natural terrestrial phenomena, even society started to be analyzed under an energetic conceptual frame, producing a deep influence in religious, educational, political and economical discourses. European intellectuals from the entire ideological spectrum participated in these kind of discourses. Energy and culture thoroughly analyses the process of communication and appropriation of thermodynamics during the last third of the 19th century in Spain, stressing how the cultural reformulation of its laws was foundational for understanding the natural world and Spanish society during a critical period of their history.

Actually, both energy conservation and entropy were concepts interpreted and employed by local experts and lay persons with a diversity of goals. Several theological assumptions, such as God’s creation of the universe, free will or the possibility of miracles, were debated taking into consideration such theories. While some sectors of society turned to the laws of thermodynamics in order to refute the power of Catholic Church and promote secular values and a naturalistic worldview, others employed them to “scientifically prove” a number of moral traditional values and, by doing that, try to maintain the social status quo. Some heralds of thermodynamics restricted the application of its laws to the material world, while others stated their importance for the study of human beings and society. These laws gave legitimacy to several economical and social stances and represented society as a functioning thermal machine ruled by them.

The historical period studied in this book begins in the late 1860’s and finishes the first years of 1890; it covers the first Spanish democratic period (1868-1874) and an important part of the Bourbon Restoration period. During the decade of 1870 to 1880, the communication of thermodynamics mainly focused its attention on moral and theological implications of its laws and on the role of this science in legitimating a materialistic worldview. Amidst a social debate on scientific materialism and its possible social consequences, the laws of thermodynamics, laden with natural, moral and social meanings, experienced a wide public circulation, going through multiple cultural re-elaborations.

Through a process of popularization, the local advocates of the new science of energy stressed that its laws did not support materialism and that its teaching was important for the material and moral progress of the nation. This “adequate” public image of thermodynamics gained force in the decade of 1880, when it social use went beyond theological and cosmological aspects, entering into debates around the functioning of society. Thermodynamics acquired a more neutral public meaning and an increasingly practical sense, allowing the restoration reformers to elaborate – as part of their political and social projects – a social thermodynamics. Different interpretations of its laws were then used to support social and economical reforms, which the intellectual leaders of the time tried to apply in a context of increasing social tensions.”

Valero has been visiting researcher at the Department of History and Philosophy of Science, University of Cambridge (United Kingdom, 2004 and 2005), Visiting Professor in the Masters in Social Studies of Science at the Universidad Nacional de Colombia (2009 and 2010) and Masters in Science, History and Society of the Autonomous University of Barcelona (2010). Between 2008 and 2010 he served as Assistant Professor in the Department of History at the Universidad Javeriana (Bogota, Colombia) and from 2009 to 2010 was editor of the journal Memory and indexed History Society. [2]

Valero currently is a professor in the School of Human Sciences, and the Universidad de Rosario, Columbia.