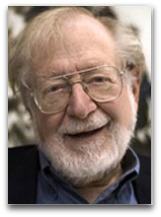 Overview
In 1971, Berry, in his “The Option for Survival”, argued that in order to understand ‘survival’ one must use a thermodynamics view on the premise that people must recycle waste while the thermodynamic potential is still moderately high. In the opening of his article, Berry states: [1]

“To a physical chemist, the natural characteristics of a complex system come from the field of thermodynamics, and it is essentially a thermodynamic analysis of society that I want to make.”

On this logic, Berry premises that it should be possible to pick a single variable to give a basic criterion for human survival and stability to use for guidance in long-term planning. Berry speculated on the thermodynamic instability surrounding WWII and how thermodynamic modeling might act to forgo similar events in the future. Berry’s most widely-held publication is his 1980 textbook Physical Chemistry, having gone through eight editions. [2]

Education
Berry completed his AB (1952), AM (1954), and PhD (1956) at Harvard University. He was an instructor at the University of Michigan from 1957 to 1960 and an instructor at Yale University from 1960 to 1964. He joined the University of Chicago in 1964 and has been there since. His interest in energy, resources, and thermodynamics began in 1968. Berry lists his research interests to include the structures, properties, and dynamics of clusters and biopolymers, e.g. protein folding, potential surfaces, etc., few body system dynamics, and finite time thermodynamics.