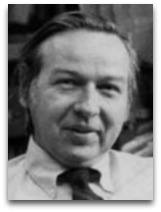 In existographies, Stephen Brush (1935-) (CR:15) is an American physics historian noted for his 1978 The Temperature of History: Phases of Science and Culture in the Nineteenth Century, in which he discusses the thermodynamics of Henry Adams and Freud’s death wish, among other topics. [1]

Temperature of history
In 1967, Brush wrote “Thermodynamics and History”, wherein he outlines a study of how themes in thermodynamics are echoed by trends and fashions in nineteenth-century art (see: art thermodynamics) and literature (see: literature thermodynamics)—during the course of which he comments, according to Jeremy Campbell (1983), how his biggest surprise was to learn that he was “pioneering nearly virgin territory, where no scholarly foot had trod.” [5]

This article, according to Greg Myers (1985), was expanded into the result of Brush’s 1978 book The Temperature of History: Phases of Science and Culture in the Nineteenth Century. [7]

Boltzmann
Interesting, as many of Ludwig Boltzmann's statistical mechanics works (in the original German) have yet to be fully translated into an English collected works set or even, for that matter, readily available a assessable individual English-translated articles, many, e.g. Jeffrey Wicken (1987), are forced to go through Brush in as a citation and interpretation of Boltzmann's views.

Kinetic theory and thermodynamics
In thermodynamics, Brush is noted for his in depth historical books on the kinetic theory of gases and on statistical thermodynamics as well as on biographical details of key thermodynamicists, such as Joule, Clausius, Maxwell, and Boltzmann; and for making English reprints of various famous publications available. [4] Brush was the 1964 English translator of Austrian physicist Ludwig Boltzmann’s Lectures on Gas Theory, giving a 17-page translator’s introduction. [3]

Brush's 1976 book The Kind of Motion We Call Heat, on the history of kinetic theory, won the Pfizer Award of History of Science Society. [2]

Education
Brush completed his BA in physics and chemistry at Harvard in 1955 and his PhD in theoretical physics at Oxford in 1958. [2] In 1968, at the University of Maryland, Brush founded a new program in the history of science; retiring from there in 2006 as a professor emeritus.