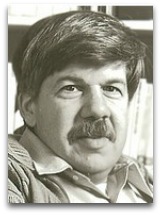 Atheism
Gould was described, by Jerry Coyne, who had Gould on his thesis committee, as a “diehard atheist if there ever was one.” (Ѻ) Oliver sacks labeled Gould as a “Jewish atheist”. (Ѻ)

Mass extinctions
In 1972, American computer whiz Jack Sepkoski, a new graduate student of Stephen Gould, following the late 1960s so-called Woods Hole paleontology conference, was assigned the task of transforming the mass of known fossil data, such as Treatise on Invertebrate Paleontology, and other data bases, into a computer database, in aims to discern possible patterns in the "history of life" (Neil Shubin, 2013), found that the data suggested five mass extinctions, and building on the so-called “extinction periodicity hypothesis” (or Fischer-Arthur hypothesis), introduced in 1977 by A.G. Fischer and M.A. Arthur, together with David Raup, hypothesized in 1984 (Ѻ) that mass extinctions occur cynically ever 26-million years. [1]

NOMA
In 1997, Gould, in his essay “Non-Overlapping Magisteria”, put forward the idea of “non-overlapping magisteria” or NOMA as a means to, in his mind, resolve the conflict between science and religion. [2]

“I point out that Francis Galton was taken quite seriously as a leading intellect of his time. The American hereditarian Lewis Terman, the man most responsible for instituting IQ tests in America, retrospectively calculated Gallon's IQ at above 200, but accorded only 135 to Darwin and a mere 100-110 to Copernicus (see pp. 213-218 on this ludicrous incident in the history of mental testing). Darwin, who approached hereditarian arguments with strong suspicion, wrote after reading Hereditary Genius: ‘You have made a convert of an opponent in one sense, for I have always maintained that, excepting fools, men did not differ much in intellect, only in zeal and hard work"’ (in Galton, 1909, p. 290). Galton responded: ‘The rejoinder that might be made to his remark about hard work, is that character, including the aptitude for work, is heritable like every other faculty’.”

“We are here because one odd group of fishes had a peculiar fin anatomy that could transform into legs for terrestrial creatures; because the earth never froze entirely during an ice age; because a small and tenuous species, arising in Africa a quarter of a million years ago, has managed, so far, to survive by hook and by crook. We may yearn for a ‘higher’ answer — but none exists. This explanation, though superficially troubling, if not terrifying, is ultimately liberating and exhilarating. We cannot read the meaning of life passively in the facts of nature. We must construct these answers ourselves — from our own wisdom and ethical sense. There is no other way.”