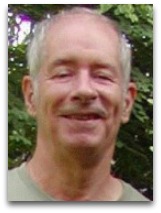 In human chemistry, Stephen Lower (c.1945-) is a American-born Canadian biochemist and physical chemist noted for his listing of human chemistry, in his online book website Chemistry One, a collection of chemistry material, as crackpot or pseudoscience, presenting human chemistry as something chemistry students should avoid.

Conversely, to cite one example, American physical chemist Thomas Wallace not only did not consider the modeling of human activity using physical chemistry to be pseudoscience, but rather instead wrote out his entire 2009 book Wealth, Energy, and Human Values, using this type of logic of applying terms such as energy, entropy, Gibbs free energy, reaction coordinate, etc., to the explanation of human existence. What seems to be the case is that there seems to be two kinds of physical chemists, one who understands that the laws of thermodynamics govern human reactions and those who do not.

Religion
In regards to conflict of interest, e.g. red-tabbed people on the HMS pioneers page, in the case of Lower, a point to note is that he is religiously predisposed or biased, e.g. one of his favorite websites is the Scary Bible Quotes site. This is a common factor to look for behind a person's motives to objecting to a science of "human chemistry".