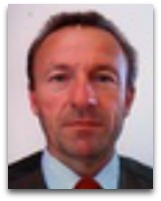 In economic thermodynamics, Stephen Jehucal Ternyik (1960-) (DN:1) is a German-Hungarian economist noted for his 2011 to present attempts to admixture economics, sociology, Jewish theology, and ontic opening and or new age stylized physics, e.g. quantum talk, wherein spirit and god underlie the roots of physics, in short.

Overview
In 2011, Ternyik, in his booklet Economics as Heuristics & New Economics, attempted to compare, passingly, economics laws to thermodynamic laws, stating that the former can't fool the latter, or something along these lines and that it is difficult to jump from formula (physics) to economic theory. [1] More recent books include: Ethical Economics (2012), Monetary Wave Theory (2013), and Global Wave Energetics (2013).

In circa 2013, Ternyik opened a user page on ScienceOfLife.nl, a 2007-launched (Ѻ) site focused on answering (a) “what makes science of life different from a science of dead matter?”, (b) “how do we experience, engage, freedom of choice?”, and (c) “what makes your or our being unique?”, wherein he opens to the following abstract: [3]

“Human life is not about the expansion of theoretical knowledge, but about the applied insight into the construction principles (laws) of reality, i.e. the main creative task as living spirit is to convert knowledge into value.”

The key terms: creative, living, and spirit each being code for god talk. He then discusses how we need to obtain “edenic or Adamic purity” where “light is always preferred over darkness”, the logic of which he seems to be attempting to sell via the ontic opening ideas of “quantum economics” and “quantum sociology”, along with earlier energy of money ideas; the following is another quote: “Spiritual roots (‘physics’) of Hebrew thought and Jewish ethics, i.e. careful examination of oral and written (divine) wisdom, in the applied knowledge context of modern science for human practice.”

Religion
Ternyik is Jewish in religious belief. In his 2011 book Economics as Heuristics & New Economics, he described himself, in religious outlook, as an ethical "monotheist". [2]

Education
Ternyik completed his MA in 1985 in education science and social science with a thesis on “Learning with Computers”(mcl) at the Berlin Institute of Technology. Ternyik claims to have since done PhD-level training courses in economics. He has worked as an economist and educator in management R&D, consultancy, money and banking, and innovation; and has studied social science methods in Berlin, Jerusalem, New York, and Tokyo.