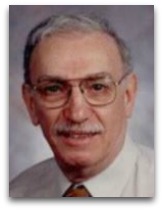 In hmolscience, Stephen Joel Weininger (1937-) is an American physical organic chemist and science historian noted for his 1983 two cultures contributions, and for, in human chemistry, his 2002 literature chemistry entry in the Encyclopedia of Literature and Science, wherein he discusses German polymath Johann Goethe’s Elective Affinities (1809), among others, such as Honore Balzac (Search for the Absolute, 1834), Thomas Pynchon, and Primo Levi. [1] Weininger states that Spanish novelist Leopoldo Alas’ 1890 His Only Son, is a so-called successor to Elective Affinities, supposedly inspired by the former.

In 1983, Weininger defined what he refers to as “reductive realism”, which he says has been the dominate philosophy of science since Newton, as having two major tenets: [4]

Weininger then, citing Fred Carlisle (1980), states that “some scientists have abandoned either realism or reductivism”, following application of reductive realism to molecular structure. [5]

In 1994, Weininger attended the Conference on Entropy at the Dibner Institute for the History of Science and Technology, after which he began to work as a Mellon Fellow doing research on the introduction of entropy into chemistry; the result of which was the 39-page article “Sooner Science than Confusion: the Tortuous Entry of Entropy into Chemist”, co-authored with Helge Kragh. [2]

Education
Weininger completed his BA (in chemistry?) at Brooklyn College, City University of New York, in 1957, and PhD in 1964, dissertation “Mass Spectral Decomposition of Some Diels-Alder Reactions”, at the University of Pennsylvania. From 1965 to 2005 he has been a professor of physical organic chemistry at Worchester Polytechnic Institute, and professor emeritus thereafter. His most widely held work is the 1972 textbook Contemporary Organic Chemistry. [3]