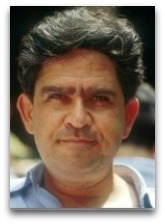 In hmolscience, Steve McMenamin (c.1950-) is an American business executive noted for his 1986 modeling of orbital independent consultants or workers as like free electrons.

Overview
In 1986, McMenamin suggested the notion that certain types of highly motivated or energetic workers as analogous to valence shell electrons to which he assigned the term “free electrons”. [1]

This model, to note, might be equivalent to Michael Brooks’ 2011 Free Radicals: the Secret Anarchy of Science, wherein he seems to liken pioneering scientists, averse to authority, to free radicals. [2]

Education
McMenamin has been a principle consultant of the Atlantic Systems Guild since 1987 and is a senior vice president of chief information officer of Hawaiian Electric Co.