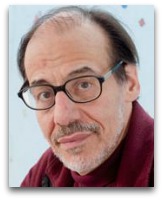 In existographies, Steve Fuller (1959-) (CR:19) is an American intelligent design advocating philosopher and sociologist noted for his 2005 article “I am not a Molecule” in New Scientist, in which he objects to the atomistic reduction view being used by various authors. One view he objects to, such as found in recent human physics books, is:

“Social physics attempts to rationalize violent social revolutions by casting them as ‘critical phase transitions’, like a fluid goes through to become gas. Treating masses of people in the same way as atoms makes it seem inevitable that their mood will change from inert solidity to liberal fluidity and, finally, gaseous revolt. No further explanation is needed: the motives and thoughts of the revolutionaries are irrelevant.”

In particular, Fuller objects to the view presented in English physical chemist Philip Ball's 2004 book Critical Mass: How One Thing Leads to Another, American evolutionary biologist Jared Diamond’s 2005 book Collapse: How Societies Choose to Fail or Succeed, and Canadian-born evolutionary psychologist American Steven Pinker’s 2002 book The Blank Slate: the Modern Denial of Human Nature, all of which, according to Fuller, are "infuriating the social scientists". Fuller seems to think that social physics started from the population census data extrapolation-to-gas systems work of Scottish physicist James Maxwell.

In short, Fuller seems to object to these types of social physics views and arguably to the theory of the human molecule.

Harvard Pareto circle
In 2000, Fuller, in Thomas Kuhn: a Philosophical History of Our Times, a book, supposedly, having something to do with the Karl Popper vs. Thomas Kuhn divide, devoted a certain number of pages to debasing the Harvard Pareto circle—another phyisochemical "molecule" based social theory advocating group—as being but a political agenda, or something along these lines, an interpretation that English American history scholar Joel Isaac (2008) attempts to overturn. [2]