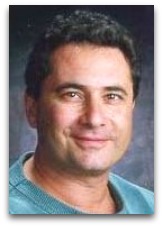 In hmolscience, Steven Pierce (c.1959-) is a Canadian mathematical physicist, computer scientist, pilot, and scientific realism philosopher noted for his 2009 comment to American electrochemical engineer Libb Thims on his reaction to the discovery of Hmolpedia, presumably after reviewing the Moriarty-Thims debate: [1]

“I stumbled onto your website by accident but I have to confess this might be one of the most stunning undiscovered intellectual achievements of the 21st century. I have browsed through your wiki and I cannot express how tragic it must be to a man in your position—to be a pioneering thinker yet to be rejected by an uptight academic community with neither the depth nor will to understand your unique work, defending their own turf like dogs. I can only compare you to the many other pioneering heroes of science, Newton (IQ=215), Einstein (IQ=220), Tesla (IQ=195), men who like you blazed their own paths but were too victims of their own genius, only to be validated years after their death. Perhaps one day historians will look back and have a chuckle - that the pioneer of enthropology published by a vanity press in a book resembling a third rate romance.”

Favorite quotes
Pierce’s favorite quote, which he lists on his faculty page, is the following quote by Canadian mathematical physicist and philosopher Mario Bunge:

“[O]ur comparative ignorance of the laws of society and history is due not only to the great complexity of human affairs, but also to the very prejudice that there are no laws of history - a prejudice suspect of being allied to powerful social (or antisocial) interests that are vitally interested in preventing deep insights into the social mechanism. Et pour cause! People who are able to take the social mechanism apart in theory may wish to change it in practice, and - what is more dangerous for those who live on the persistence of fossil social forms - such men may even succeed in their attempt.”

Human thermodynamics
In his undergraduate years, circa 1977 to 1981, Pierce began to theorize about the relation between entropy and aging and what he calls “negentropic psyche reconstruction”, in regards to the changes in a person’s psychology at age 0, age 25, final age. About three years later, in about 1982, Pierce discovered what he called American psychologist William James “reverse energy” theory, as he calls it, although technically, to note, it is actually called the reserve energy theory, which gave him the view that one could improve his or her physical and mental well being by significant orders of magnitude. Soon thereafter, he soon began to attempt to take strategic and systematic experimental measurements of negative entropy, leaving the body, using the Fokker–Planck equation and hourly body temperature measurements. Pierce states that he “reliably measured the entropic differential between wakefulness and sleep.” Sometime, thereafter, he began to research this further, eventually following into the Shannon entropy school of thought view of thermodynamic entropy. He has since developed a thermodynamic theory of cancer summarized by what he terms an "entropic catastrophe". [1]

Education
Pierce completed his BS (1981) with honors and MS (1984) at the University of British Columbia and his PhD (1995) at the University of Arizona. Currently, Pierce is a professor in the school of computing science, at the Simon Fraser University, British Columbia, with research focused on: computational magnetohydrodynamics (pseudospectral) applied to astrophysical dynamo theory, computational fluid dynamics applied to cratering mechanics and oceanic impact waves, and mathematical inverse theory applied to high energy astrophysics, and the intersection of sociotechnology with computer science.