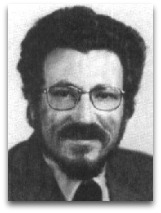 In hmolscience, Steven Polgar (1931-1978) was a Hungarian-born American anthropologist noted, in anthropology thermodynamics, for his 1960 “Evolution and the Thermodynamic Imperative” wherein he argues that organic and social evolution are opposed to entropy increase, in four ways, and therein argues about ethical implications.

Overview
In 1960, Polgar delivered a talk turned Human Biology article “Evolution and the Thermodynamic Imperative” (1961) at a meeting of the American Association for the Advancement of Science, New York, wherein he attempted to argue that there are four processes common to organic evolution and social evolution which retard the increase of entropy on earth, which have ethical consequences, in his view; during the course of which he sites: Alfred Lotka (1945), Leslie White (1949), Walther Nernst, Arthur Eddington (1929), Erwin Schrodinger, Harold Blum (1955), and cites Joseph Needham as having resolved the dilemma in 1943 by differentiating thermodynamic order from biological organization. [1]

He then builds on the 1959 thermodynamic imperative postulate of American physicist Robert Lindsay, to outline thoughts on ‘entropy retarding’ and ‘availability of energy’ aspects of living systems in the development of cultures and in the actions of information transmissions through generations. [1]

In particular, Polgar argued that persistence (perpetuating mechanism), replication (chromosomal autocatalysis), environmental modification (by a living organism), and structuring (e.g. building villages or “purposeful replication of available energy for future use”), are each entropy reducing processes or, as he called them, “entropy retarding”. In respect to Lindsay’s thermodynamics imperative, Polgar argues that:

“The thermodynamic imperative itself may have undergone evolution, from unconscious adaptations of infra-human organisms, through the development of exosomatic culture by which stores of information can be transmitted to subsequent generations and otherwise distributed, to scientific descriptions of evolution and the deliberate attempts to increase the availability of energy for survival and the enjoyment of life”.

In conclusion, Polgar reasons that our chances of survival or the chances of “life-somehow-related-to-life-as-we-know-it surviving” if we recognize the thermodynamic imperative and modify our actions or act based on it. [2]