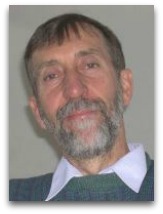 In existographies, Sture Nordholm (1944-) (SNE:8) (CR:43), or "Karl Sture Jörgen Nordholm", is a Swedish physical chemist noted, in human thermodynamics, for his “In Defense of Thermodynamics: an Animate Analogy”, wherein he argues, frankly, that the thermodynamics and physical chemistry of atoms and molecules can be scaled up to explain human interactions, therein explicitly stating the extrapolate up approach, which he rightly comments will seem heresy to some.

Overview
In 1997, Nordholm, in his Journal of Chemical Education article “In Defense of Thermodynamics: an Animate Analogy”, outlined the subject that he called "animate thermodynamics", arguing to the effect that because thermodynamics describes what drives inanimate behavior, as in “which processes will spontaneously occur and towards what equilibrium conditions they strive”, that it might also apply to the explanation of what drives economic behavior in humans. [1] The article concludes with eight homework problems.

The following is an extract of his paper: [2]

“The thought that the dry and forbidding discipline of thermodynamics could be applied to that most theory-defying of all applications, human behavior, may be staggering, and perhaps heresy to some. After all, the purity and precision of thermodynamics has been maintained on the strength of its validity only as a collection of limiting laws for infinitely large systems undergoing infinitely slow changes. However, the interest in thermodynamics has always been based on the great relevance for finite real systems undergoing changes that are fast on our everyday time scale and slow only on the microscopic time scale of atomic motion. Thus we are merely extending the beam of insight from the lifeless behaviors of inanimate matter to the vivid complexities of human behavior. In the final analysis this far-reaching analogy rests on the fact that the basic elements of the description of atoms, molecules, and matter can be scaled up to the realm of living organisms without changes other than in the complexity of the systems and their behavior.”

In his outline theory, Nordhom goes on to equate energy with wealth, kinetic energy with cash, potential energy with property, and entropy with freedom.

Education
Nordholm completed his PhD in in 1972 with a dissertation on “Nonlinearity and Fluctuations in Microscopic Transport Theory” at the University of Maryland.