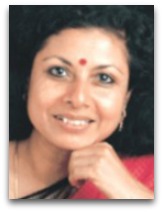 Overview
In 2002, Varunghese, elaborated on life, love, and entropy, term which she claims to have encountered in her readings of James Lovelock and his Gaia hypothesis. See culls form, among others, M. Scott Peck and Pierre Teilhard. [1]

In 2004, Varunghese, in her "Life force overcomes Entropy”, summarized her philosophy as such: [2]

“Each time we use entropy as a pole to vault upon, our life force will go up a notch. We will feel freer, happier, more confident and energetic, more dynamic, more creative.”

Curiously, someone commented to her article in 2009, arguing, it seems, based on the Planck principle of elementary disorder, saying: [3]

“Please stop using science incorrectly, I respect your desire to help people but please do not do it at the expense of somebody’s hard work. Entropy is the opposite of order, and if you wanted to have the lowest entropy, the best thing to do is to go stick yourself in the coldest freezer you can find so that you turn into a nicely ordered lattice of atoms.”

Both comments, to note, have there issues, yet the comments highlight the difficulties involved in terms of extrapolating Clausius entropy into explanations of human activity.

Education
As of 2005, Varughese has been the editor-in-chief of Life Positive, one of India’s premier body-mind-spirit publications.