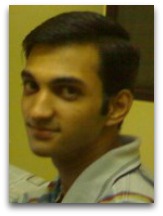 In hmolscience, Surya Prakash Pati (1983-) is an Indian chemist and organizational behavior management researcher noted, in human chemical thermodynamics, for his 2009 HCR theory work on thermodynamics of humans, people explicitly conceptualized as "chemical molecules", applied in the areas of relationships and stress management in business.

Overview
In 2009, Pati, in his blog article “The Thermodynamics of the Human Bond!”, attempted to venture into the following subject: [1]

“Thermodynamics can really help to understand ‘bonding’ between human beings as in chemical molecules.”

Pati gives loose descriptions on how the quantities of free energy, activation energy, entropy, and enthalpy apply to relationships viewed as human chemical reactions, in an independent and original manner similar to American chemist David Hwang’s 2001 article “The Thermodynamics of Love”. [2] Pati's most resent article is “Stress Management and Innovation: a Thermodynamics View”, published in the Journal of Human Thermodynamics, which attempts to identify stress criteria in the organization, thermodynamically. [5]

Pati, firstly, defines a relationship as combination reaction between two persons A and B, who he says “come together to form a molecule”, a reaction he defines as follows:

In this reaction, Pati seems to follow the logic that A and B are atoms, representative of single people, and AB is a molecule of two atoms, representative of the relationship. Technically, to clarify, the AB product is what is called a ‘dihumanide molecule’, a bound state of two human molecules. [3] The human particle (or human atom) model, generally, is only good when speaking in the perspective of human statistical thermodynamics, human physics, or in human molecular orbital theory, etc.; it is not technically correct from a definitional chemistry point of view.

Pati then explains how Gibbs free energy applies in chemistry, stating that the higher free energy an atom or molecule has, the more restless it is, whereby it has the tendency to form bonds so to stabilize. He also notes that molecules, such as a two people in a relationship, with high free energy, can break apart so to elevate the stress of a strained relationship.

Pati also discusses human relationships in terms of activation energy. He states that for two atoms to come together, they both have to be excited to a certain energy level, i.e. “raise the free energy so that they can react or bond”, just as the case with reactions between human beings. Beyond this he speculates on how “cold human beings” (see: cold body) related to activation energy, and how having too much stability can be detrimental to the dynamics and energetics of a process.

Pati uses Newton’s third law of motion, that every action has an equal and opposite reaction, to postulate that the more time it takes to form a bond the more stable it will be in the long run. This postulate, however, may not be accurate, in that spontaneity is what characterizes successful reactions; whereas, reactions that lack spontaneity tend to be equilibrium reactions, characterized by negligible Gibbs free energy change (ΔG ≈ 0). To corroborate this, it is well-known that relationships that slow to form marriage bonds, particularly those that choose to live together prior to marriage, tend to end in divorce.

Pati argues that the underlying thermodynamic reason for divorce, which in India occur in 45% of marriages, is entropy, which he defines as the measure of disorderliness in a system. He argues that because the ‘entropy law’ states that systems always tend to disorder, that to counter this in relationships, pairs tend to become structured towards each other, often making extreme sacrifices, in such a way that freedom tends to be reduced. In this context, Pati postulates that in those who divorce, stress builds, up due to entropy, reaching a tipping point that he calls a volcano effect.

Enthalpy
Pati defines enthalpy as heat released in a system when to atoms or molecules bond. In human context, Pati states that enthalpy is heat released through warmth, love, mutual affection, and care for one another.

Pati’s discussion is interspersed with mentions of spirituality, which weakens his presentation, to some extent. Some of his other writings include meanderings on God as an atom.

Education
Pati completed his BS (2003) and MS (2005) in chemistry from the Sri Sathya Sai University. He is currently completing the equivalent of PhD research and thesis in human organizational behavior applied to management, marketing, and strategy, at the Indian Institute of Management, Lucknow. [4]