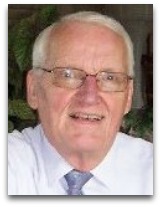 In animate thermodynamics, Sven Jorgensen (1934-) is a Danish ecologist and chemical engineer noted for his publications, in the field of ecological thermodynamics, on the application of various thermodynamics principles, such as exergy and emergy, as well as Prigoginean thermodynamics of self-organization of critical systems, etc., to the study of ecosystems. About sixty percent of his many articles in this area are focused on the logic of exergy, and the maximum exergy principle, in ecosystem modelling. An example concept he discusses is the dilute solution model. [1]

Jorgensen’s first publication in this area was the 1982 section “A Holistic Approach to Ecological Modeling by Application of Thermodynamics” in the book Systems and Energy. [2] His latest publication, focused on evolution thermodynamics, is the 2008 book Evolution Essays: A Thermodynamic Interpretation of Evolution. [3] Jørgensen was the recipient of the 2004 Prigogine Medal, the inaugural year of the prize, awarded annually to a leading scientist in the field of ecological systems. [5]

“All real processes are irreversible which implies that exergy inevitably is lost. Exergy is not conserved.”